Strict Standards: Static function Automattic\Jetpack\My_Jetpack\Product::get_manage_url() should not be abstract in /home/dodo1418/public_html/wp-content/plugins/jetpack/jetpack_vendor/automattic/jetpack-my-jetpack/src/products/class-product.php on line 181
 Magic in the Mountains – Don Stevens Sausage Blog
Skip to Main Content

Magic in the Mountains

I recently completed the Cass-Lagoon Saddle route near Arthur’s Pass National Park. For two days I had fantastic weather while tramping over the Cass and Lagoon Saddles. On day three the rain came in, however by then I only had a short saunter out to the road end. This was the first multi-day solo trip I have made since my  escapade in the Tararuas over three years ago… 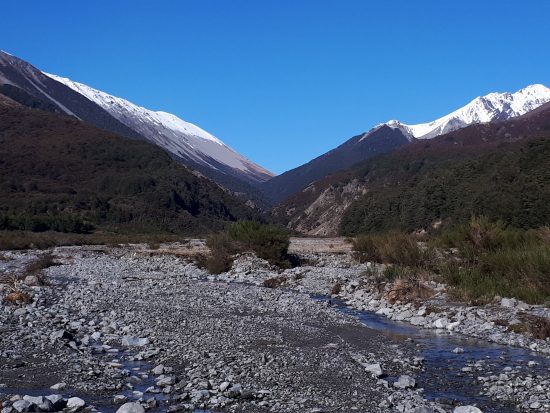 The beginning of the trip, looking up the Cass Valley

The trip up the Cass Valley was picturesque and perfect, the snow-capped beauty and majesty of the peaks under perfect weather conditions for the season made for a memorable initial day in the hills. I heard kea above the bush line, and the trip over Cass Saddle was a magic moment in the mountains. My supply of kabonosy sausage definitely helped to keep the energy levels up as I headed over the pass. In the hut before the pass, someone had written in the hut book that three weeks earlier they had turned back due to hip deep snow. 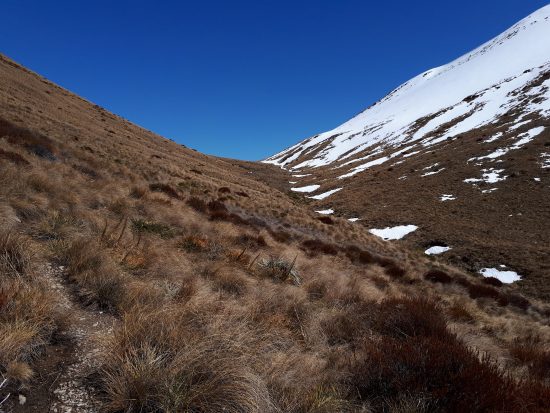 After going over the pass I headed into the adjacent valley and followed Hamilton Creek. I spent the night at Hamilton Hut, and had a smoked Hungarian sausage from Anzil as part of dinner. This highly spiced smoky salami like sausage was purchased at Lower Hutt’s Riverside Market. It is a chunky sausage with complexity of flavour with paprika, caraway and garlic, along with a melange of other flavours adding to a very satisfying tasty, spicy sausage. The sausage is smoked using manuka. A big thumbs-up from me for this sausage. 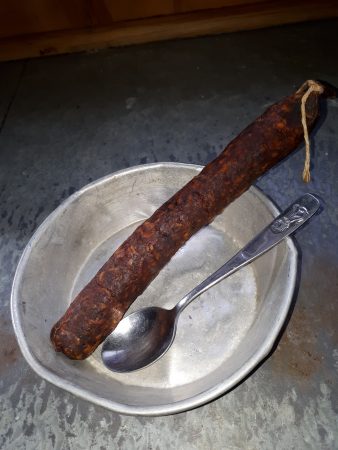 The next day I went up the West Harper River to Lagoon Saddle. Again the weather was great, but the wind was getting up as the conditions were beginning to turn. A few chorizo criollo helped as I headed up to the valley to Lagoon Saddle Hut. A coldish night in the uninsulated corrugated iron hut was pleasantly accentuated by the rain on the roof. A gentle saunter out to the road end the following morning was accompanied by an increasing intensity of rain. 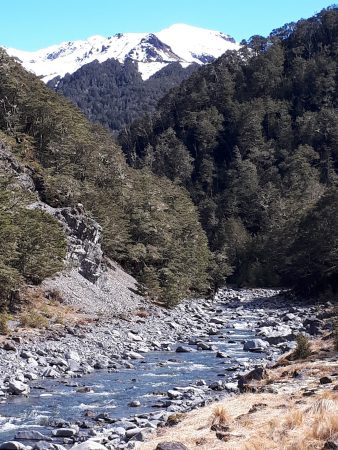 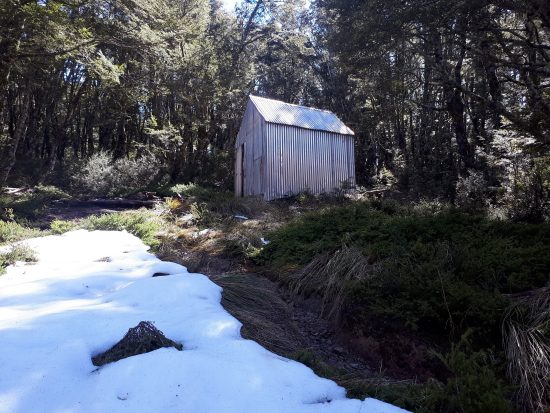 If you do get the chance to buy some Hungarian sausage form Anzil, I would recommend you try some. They are pricey, but are worth the money.