In a previous post I talked about the Aussie Smoke Bloke – a cold smoker that my wife brought back home from her travels. Due to inclement weather it took a while to be tested. Last weekend I did a dry run ensuring I knew the machinations of the Smoke Bloke. There were no sausages, however there was the prospect of smoked cheese. 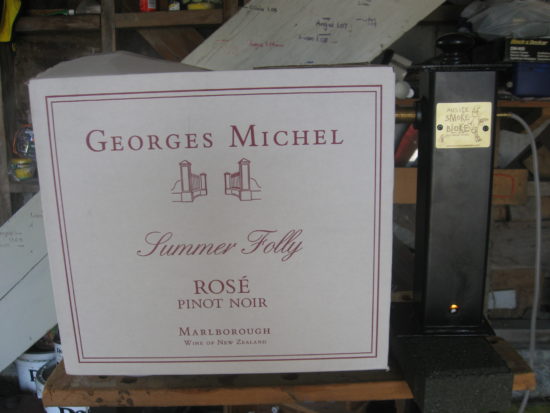 This weekend it was onto the real thing. I decided to smoke some cheese. I used the sophisticated smoking chamber of a wine box. Inside the wine box I placed cake racks and empty tins to create shelves. I purchased a cheap one kilo block of mild cheese at the supermarket. This was cut into nine slabs. 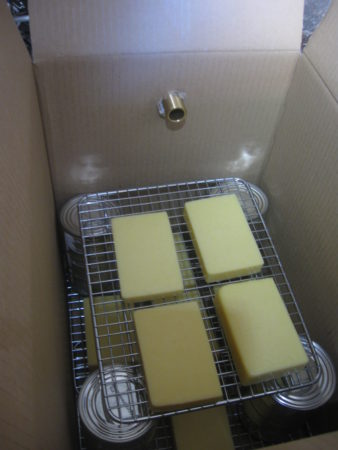 After an hour of smoking I took the cheese out the smoker and placed it in the fridge. Once cooled the cheese was placed into an airtight container for two days. I took some to work and also shared some with friends so I could actively seek feedback.

The response varied, some people thought they would have preferred it if there was more smoke, other people thought it was fine. At home the longer the cheese was in the air tight box, the more fulsome the flavour of smoke became. As a guy who can be impatient (especially with food) maybe the learning out of the process is to give the cheese time – let the smoke infuse and mature.

I thought the manuka that I smoked the cheese with gave it an acidic or tart smoky flavour. This was not echoed by the people with whom I shared this thought, but I concluded that I am seeking a different smoky flavour to what I achieved on the first attempt. 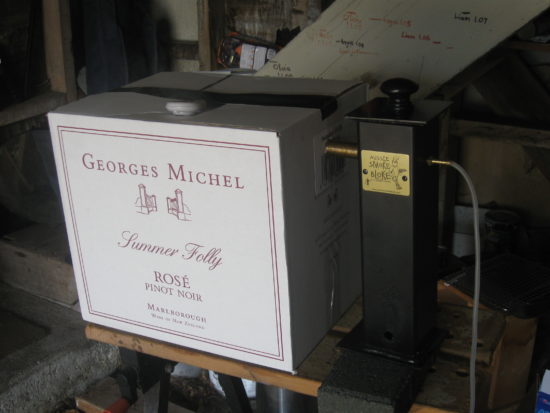 In the ongoing world of cheese experimentation, I have obtained some apple and pecan wood chips that I will use for the next batch. I do enjoy preparing food and mucking around with fire – what better combination that a little smoker and some cheese. You can make some very appealing cheese for a minimal cost. The price of buying smoked cheese is expensive – or maybe I am just a cheapskate?

So the Aussie Smoke Bloke will come out to play again next weekend. There will be no sausages yet while I will continue to experiment with cheese.