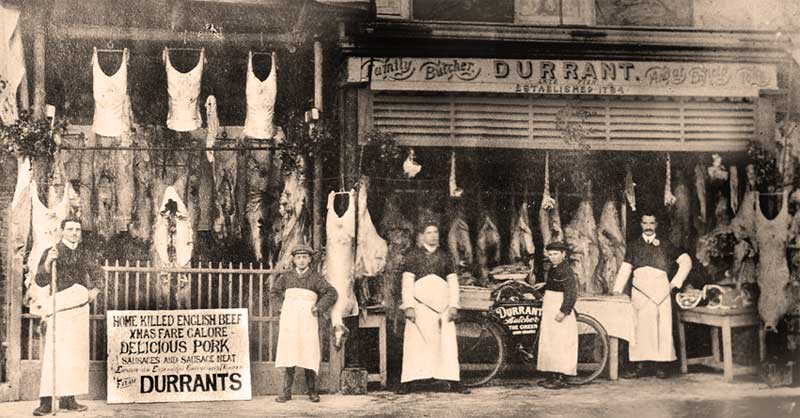 Recently I visited a work colleague I worked with over twenty years ago and, as you do, we got talking about sausages. Her husband was at secondary school during the 1940’s and can remember when there were at least three butchers’ shops in Cuba St. He particularly recalled a shop called Eatox. This shop was the first one in Wellington to have a refrigerated display cabinet and he thought this was shortly after the end of the Second World War. In those days as a boy who lived at the southern end of The Terrace, they used to play tennis on the road – needless to say there is no way you could do this today. 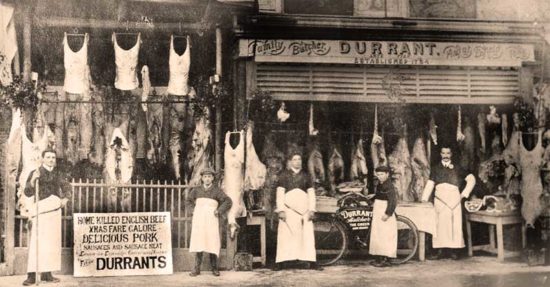 Eatox Butchers employed a number of butchers and they had sawdust on the floor. Any meat that hit the floor was given to the workers. The installation of a refrigerated display cabinet meant the end to the workers claiming spoiled meat. The ability to display the meat to customers was a new innovation in refrigerated food technology. In today’s world the newest iPhone is the latest update in technology. In the 1940’s the first refrigerated display cabinet was the newest technology in Wellington and the day it was presented the shoppers was memorable.

We also talked about his memories of visiting and staying with his grandparents who lived in Woburn, in the Hutt Valley. As a young boy he and his mate used to walk over the Ava railway bridge and go fishing near what is now the northern end of Shandon Golf Club. In the 1940’s there was a sausage skin factory near a weir which discharged its waste into the Hutt River. There was good fishing from the weir as the fish sought sustenance from the discharge and the boys found it easy to catch hungry fish.

Over seventy years later, Wellington has changed. In Cuba St, trams no longer travel up the street and there are no butcher’s shops. Instead there are a myriad of bars and restaurants to choose from. Thankfully the Hutt River no longer has factories spewing their waste in the water. While times change I do like to look back to where we have come from. I can only wonder what butchers’ shops and sausage factories look like in seventy years’ time.