It is not all beer and sausages – Part Seventeen

The rehab to my leg continues and last weekend it was time to put it to the test. Although I cannot run, I can “hobble walk” at a reasonable rate. So I decided that it was time to head back into the hills. This was my first time in the bush since my escapade last April.

I entered the Hooper Loop a shorter route that is held in conjunction with the Jumbo-Holdsworth mountain run. I have completed the full event seven or eight times and I realised prior to the start that I would be the last competitor home. The event goes up a valley, followed by an ascent up a moderately steep ridge and then a hobble down the well graded Gentle Annie track. I even managed to pass a guy on the ascent. He did tell me he was 80, but I confidently informed him that he would catch me on the downhill. He doubted this but I can happily report my prediction was accurate – He did catch and pass me, and I came home satisfied with my performance, five minutes after him at the back of the field.

It was great to be in the bush again. I derived great satisfaction from being out in the hills and enjoying the ambiance of the bush. Although I was slow, I also managed to feel good as I moved as fast as I could for over two and half hours. My fitness is returning – I just need my leg to work so I can run again. I cannot take long strides as the impact of the site of the leg break makes this too painful. I was able to watch and admire the speedier finishers of the full length event power past me as they cruised on the downhill section to the finish. 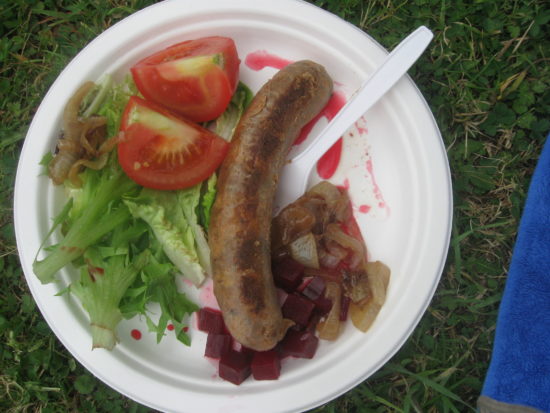 At the end of the event they have a barbecue. I brought my own sausages – Soggy Bottom’s smoked chorizo. This sausage is a great example of chorizo, it is a medium to chunky grind. When you taste the sausage it has elements of heat and smoke. The smoke is moderate, the heat is medium to strong. It all makes for a great snarler that has complexity in the taste. It was very satisfying to savour a delicious sausage after the event. 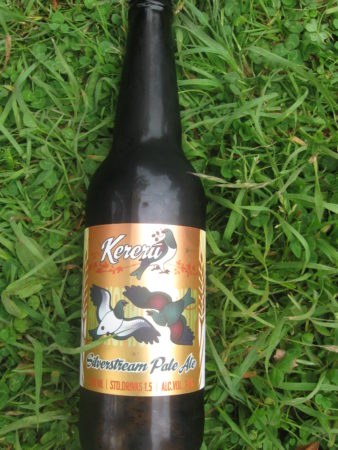 The kai was washed down with a bottle of Silverstream Pale Ale from Kereru Brewery. This is a mildly hoppy pale ale that has some residual bitterness. A very nice beer on an increasingly hot Wairarapa day.

So at the end of my first day back in the hills I was pleased to enjoy the company of fellow mountain runners and of course a great sausage washed down with a beer.

For an index to other parts of the series click here.