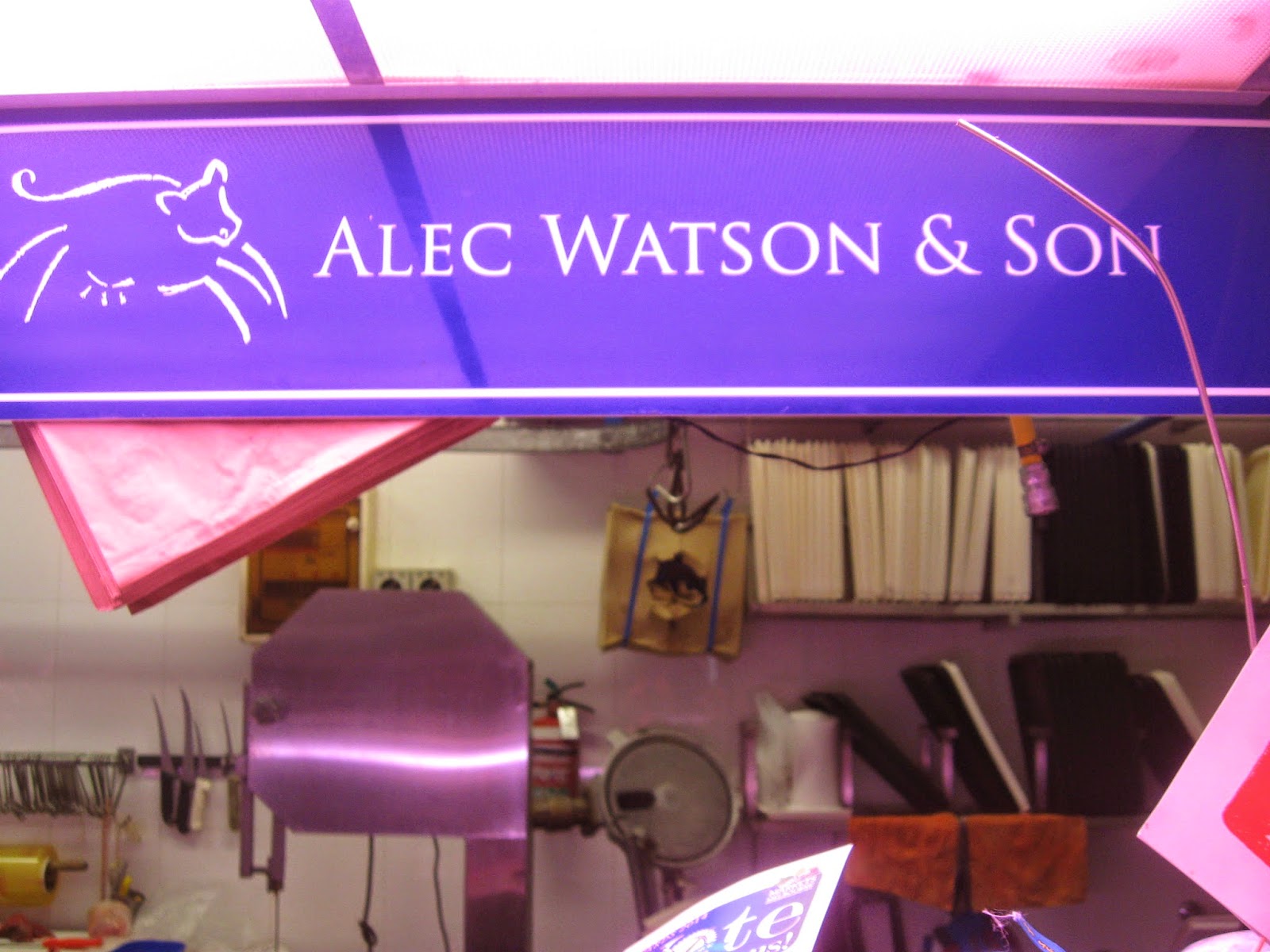 At the Victoria Market there are a large number of butcher’s shops. The meat is cheaper than in New Zealand. As you may have worked out already I was looking for sausages. Luckily for us most butchers sold sausages and there were a wide number of varieties and flavours that are relatively common in New Zealand. For a change I decided to purchase a variety of sausage that I was unfamiliar with. I purchased a cotechino from Alec Watson and Sons. This sausage originates from northern Italy and it was traditionally made with the pig’s head. The friendly butcher told me that they make this version using the hock and cheek of the pig. He told me to simmer the sausage for two hours and that this is needed to break down the components of the meat. 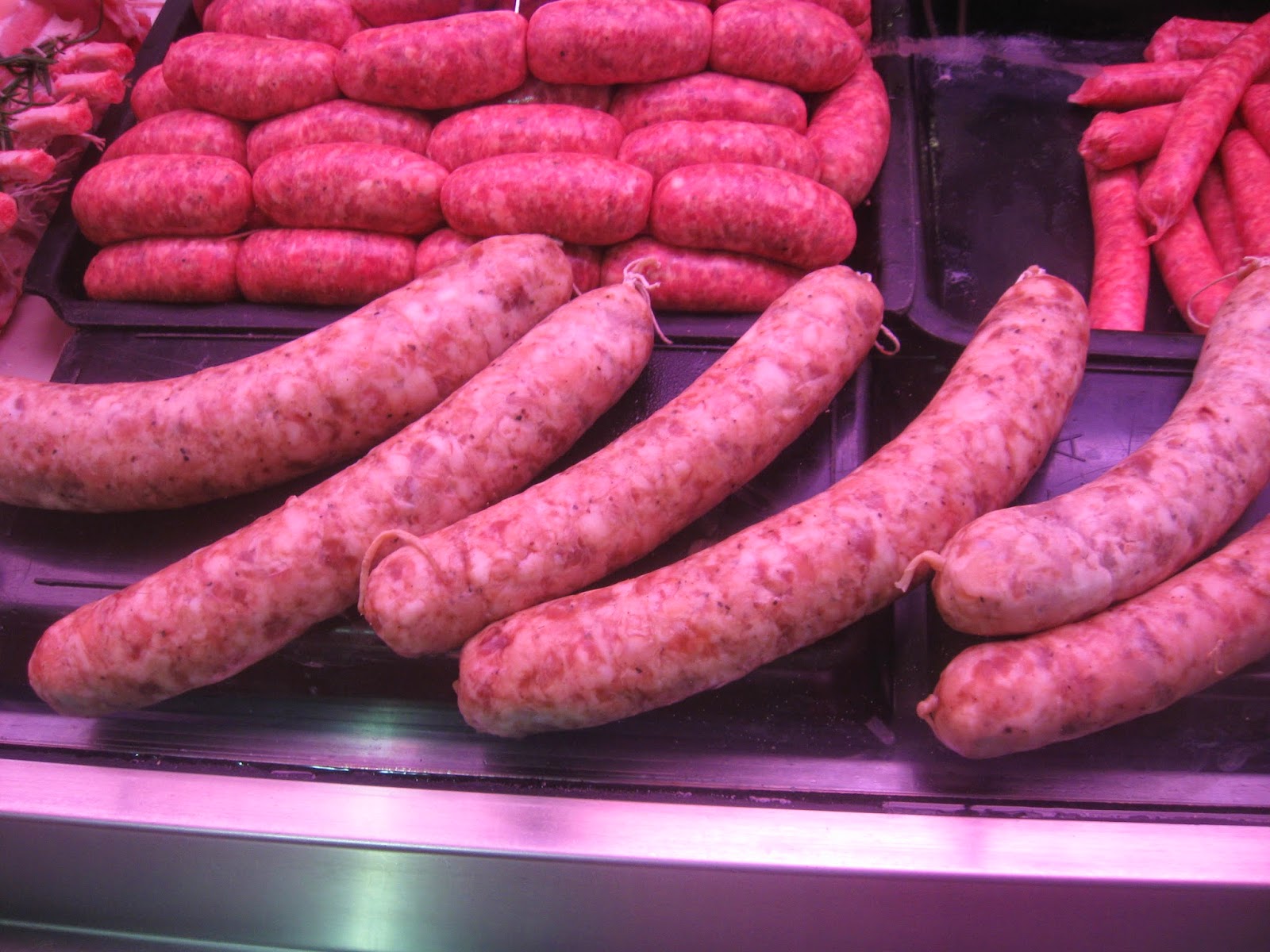 So, as instructed, I cooked the sausage by simmering it using the solid state ring in the apartment we are staying in. I would have preferred to have used a gas element as the temperature is more easily varied. I simmered the sausage for two and half hours and once it had cooled I sliced this into round portions for eating. 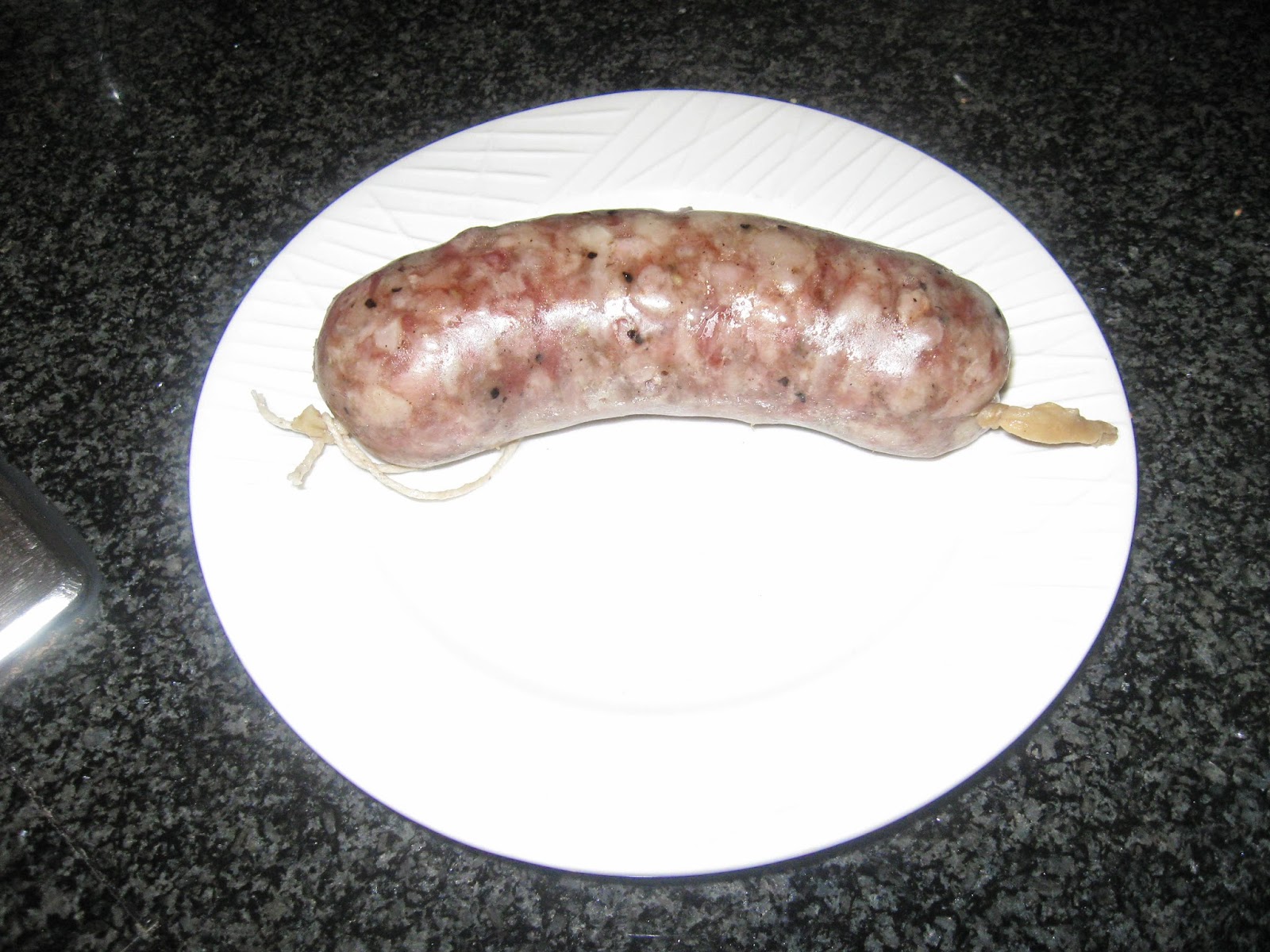 This is a very chunky sausage and the elements of fat and meat that make up the filling can be clearly seen. It is very coarsely ground.
When eating the sausage the dominant flavour is that of the hock. It tasted like bacon. My wife makes a fantastic pea and ham soup, so thick you can almost eat it with the fork. This sausage had the elements of the ham that are so delicious in this soup. Of the sausages I purchased at the Victoria Market this was easily the superior sausage. 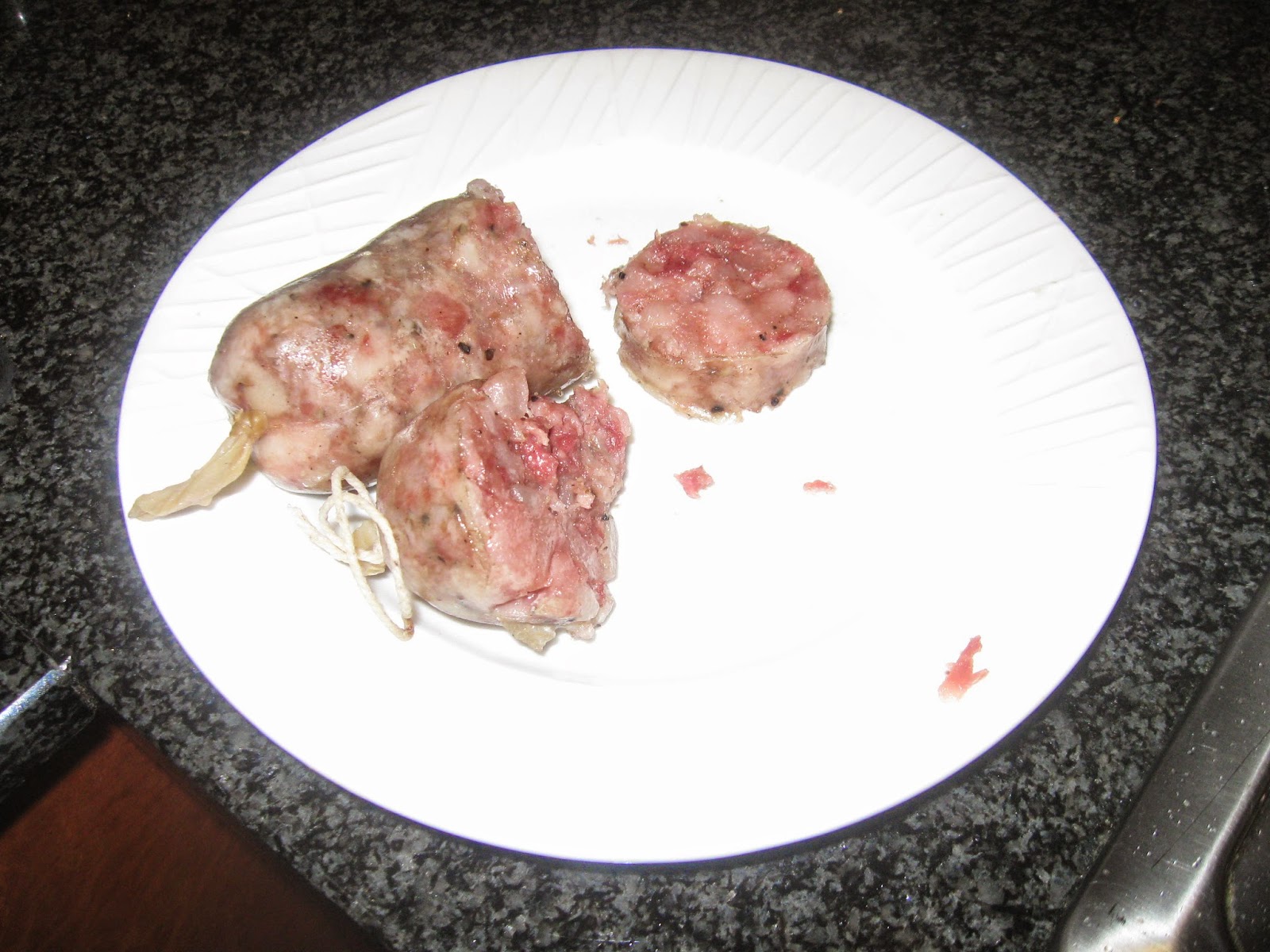 It was gelatinous and I wondered if cooking the sausage for longer would have reduced this element. I had simmered the sausage for half an hour longer than recommended by the butcher. However the gelatinous texture did not detract from the flavour.
Traditionally this sausage was service with sauerkraut, cannelloni beans or mashed spuds. A good wholesome comfort fed. Staying in our apartment meant the sausage was served au naturale. With limited cooking facilities you had to do the best you can.
The whanau also agreed that this was the best sausage purchased. The comments about the flavour of sausage and it being a real meat tasting sausage were the essence of their feedback.
An excellent sausage that I really enjoyed.
Cost: AUD $3.80