The Hungarian Artisan Co held a demonstration of their products at Moore Wilsons recently. I went past their table and met Attila and Sam the co owners of the business. They are keen sausage makers who make an excellent kolbasc. I was eager to try more of their products.

I purchased a porcini mushroom and truffle salami along with a pink peppercorn and fennel salami which I used these to make the old family favourite – a salami and chicken risotto. 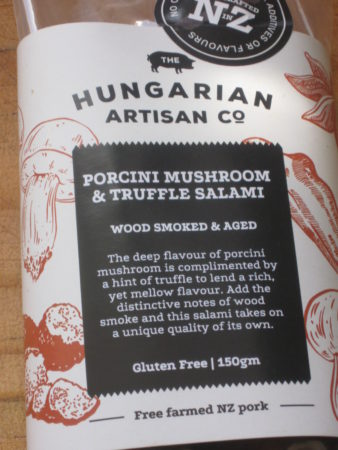 The procini mushroom and truffle salami is made from chunky ingredients. The salami is smoked and then aged. The flavour of the smoke is subtle and this smokiness sits alongside the flavours of porcini mushrooms and truffle. This is a mellow tasting salami that will appeal to many palates. Once again the Hungarian Artisan Co deliver the goods with a high quality tasty salami. 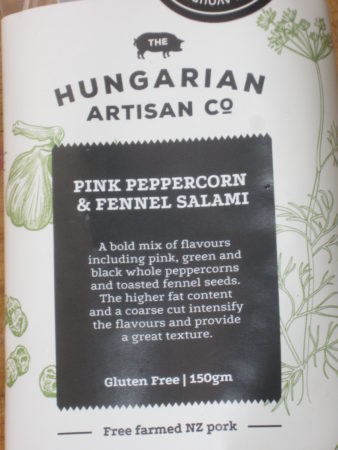 The pink peppercorn and fennel salami is also a chunky salami, it has a mixture of whole pink, green and black peppercorns along with toasted fennel seeds. The peppercorns are the dominant flavour, the fennel is a secondary flavour. My wife thought this salami was her favourite, while I was less enamoured with this one. However it is another example of fine salami making from the Hungarian Artisan Co. 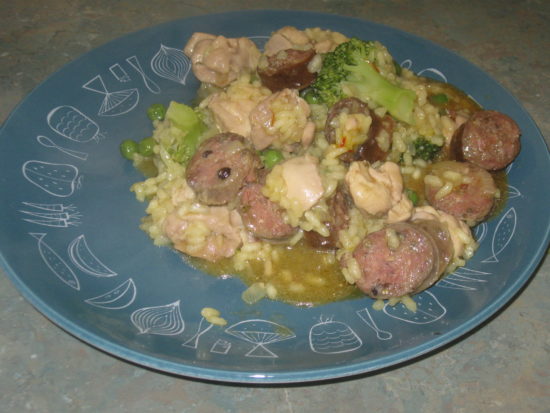 Having made risotto with three different salamis from the Hungarian Artisan Co, my favourite salami is the kolbasz. Regular readers would have picked this as it ticks all my favourite boxes, the heat of the paprika coupled with smoke.

I would highly recommend the all the products from the Hungarian Artisan Co. Your taste buds will thank you for eating some delectable salamis.