Pork Chorizo Sausage – Akaroa Butchery and Deli
You won’t be surprised that while I was in Akaroa recently that I sought out the local butcher. A small variety of sausages were on display so I selected the chorizo and a black pudding. 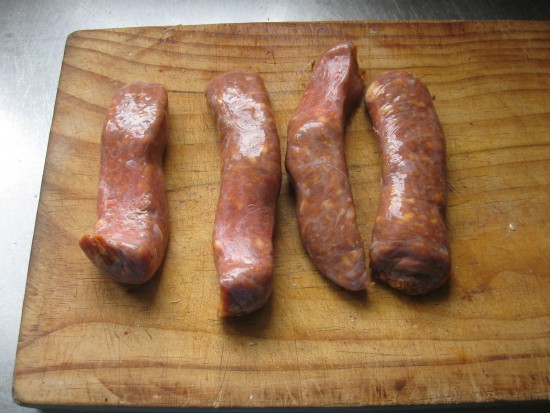 The chorizo was cooked up once we got back to Wellington. The sausages lost a little shape in their journey to the North Island – being inside a carry-on bag on the plane meant that the tubes were a little squashed. During the cooking there was a small amount of oozing from the casing and a little bit of moisture also came out – this was a watery fat. Once they came out of the pan to rest, a large amount of watery fat oozed out. 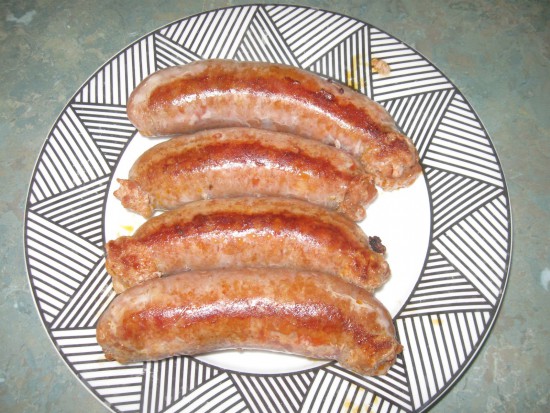 These are a coarsely ground sausage but once cooked they are soft and malleable. The primary taste in the mouth is one of paprika. It is a moderate strength and does not overpower the meat. These chorizo are nice to eat but not fantastic. The whanau liked these sausages and they will appeal to people who are looking to eat a chorizo that is in the middle of the pack.
I would buy these again.