Strict Standards: Static function Automattic\Jetpack\My_Jetpack\Product::get_manage_url() should not be abstract in /home/dodo1418/public_html/wp-content/plugins/jetpack/jetpack_vendor/automattic/jetpack-my-jetpack/src/products/class-product.php on line 182
 It is not all beer and sausages – Part Ten – Don Stevens Sausage Blog
Skip to Main Content
It is not all beer and sausages – Part Ten
Over the summer break the running and sausages diet was to the fore. I ate plenty of enjoyable snarlers and with a few training runs I was putting the sausages and running diet to the test.
As part of the preparation for the Tararua Mountain Race in March I completed the Jumbo Holdsworth in the weekend. This is a 24km run with a few serious hills to add to the experience. The run through the bush to Atiwhakatu Hut was ok, but I never felt comfortable. The 900m of vertical climb up the steep ascent to Jumbo was a case of going into a lower gear and keeping on chugging up the slope. I didn’t push it as hard as I could as I had a good conversation about off road running events with a woman from Auckland who was in the Tararuas for the first time. Although I don’t go fast I did manage to pass a few people on the ascent. As I reached the summit of Jumbo I knew it was going to be a tough day.
It was a stinking hot Wairarapa day and temperature in the valleys reached over thirty degrees. Along the ridge from Jumbo to Mt Holdsworth it was very warm, well over twenty degrees. A very occasional gentle zephyr wafted through, however this was too infrequent for my liking and did little to lower the temperature. I had to move at a slower pace due the heat, and by the time I reached the Holdsworth trig I knew that I would be doing a slower time than I did last year so I didn’t push it on the way back to the finish. I completed half an hour slower than last year but was pleased to have finished and was looking forward to the picnic at the end. 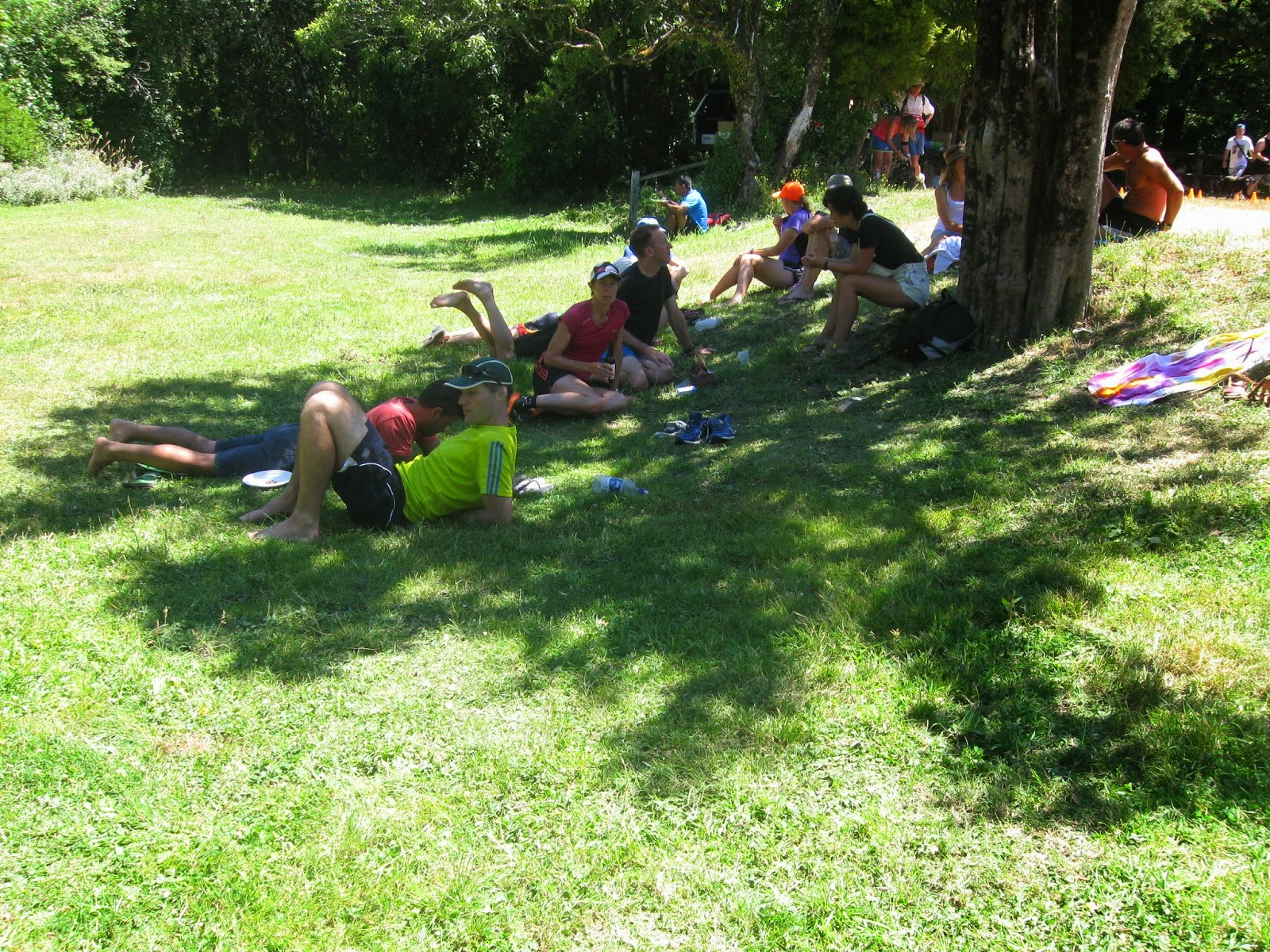 My running mates were very supportive after I finished and one asked if I had boiled a billy and had a brew at some stage on the course. A few of us are using this as part of the training for the TMR in seven weeks’ time and a woman who I gave a ride to the event thought she was underdone for the 100km Tarawera Ultra so she entered late and finished the course well in front of me. It is all good fun and a nice way to spend a Saturday morning. 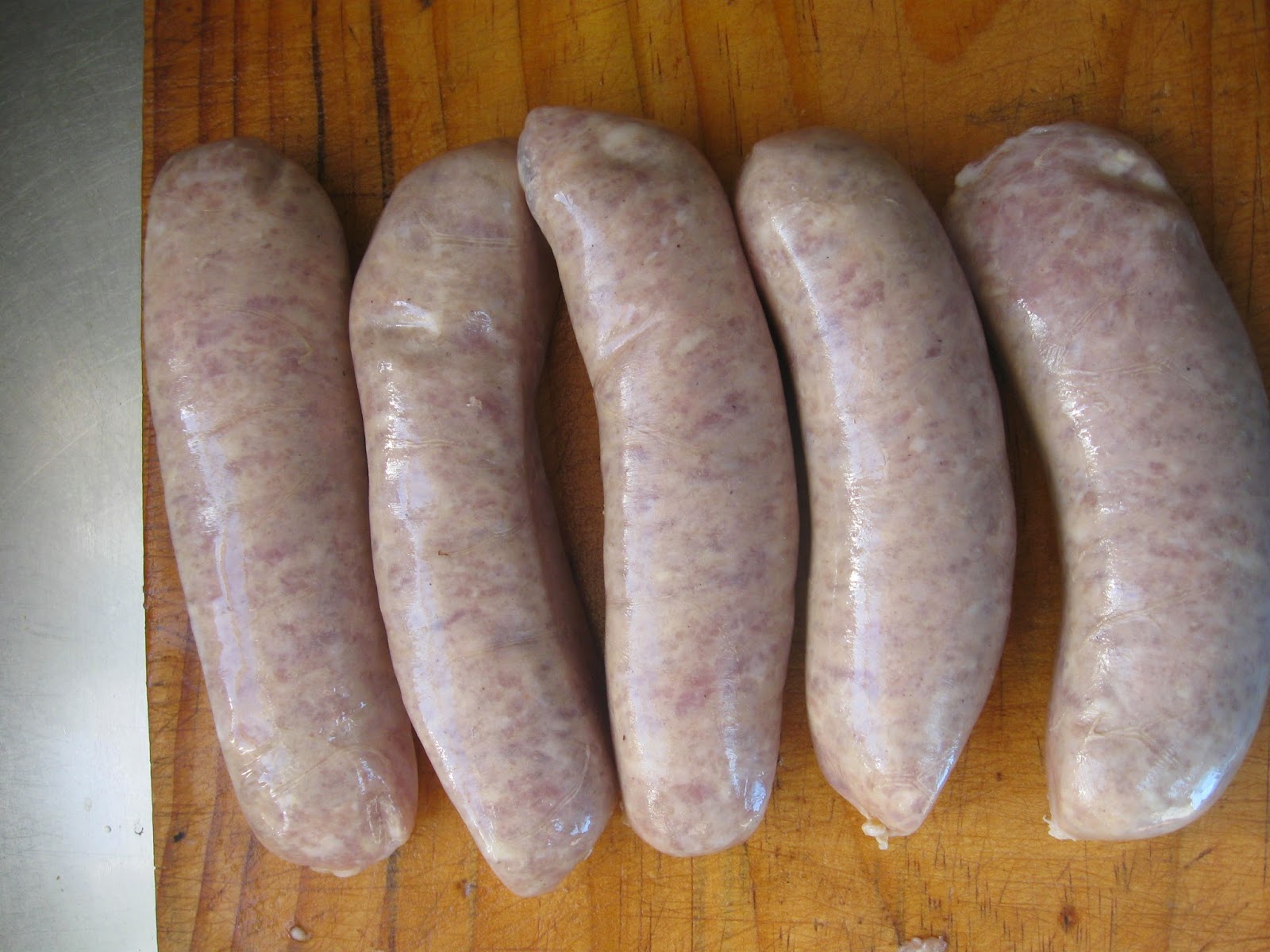 At the end of the event we had a picnic in the much sort out shade. I brought some Acme Pork and Veal Bratwurst from Moore Wilsons. They are gluten free, use free range meat and have no preservatives. These were eaten cold and savoured after a hard run in the hills. These are a lightly coloured sausage with more veal than pork in the mix. These sausages are finely ground and mixed with some chunks of fat that are visible in the sausage. There are subdued flavours of nutmeg and garlic. After a long run they went down positively with the group. The Acme and Co meat company runs out of the popular Prefab Cafe in Jessie St. 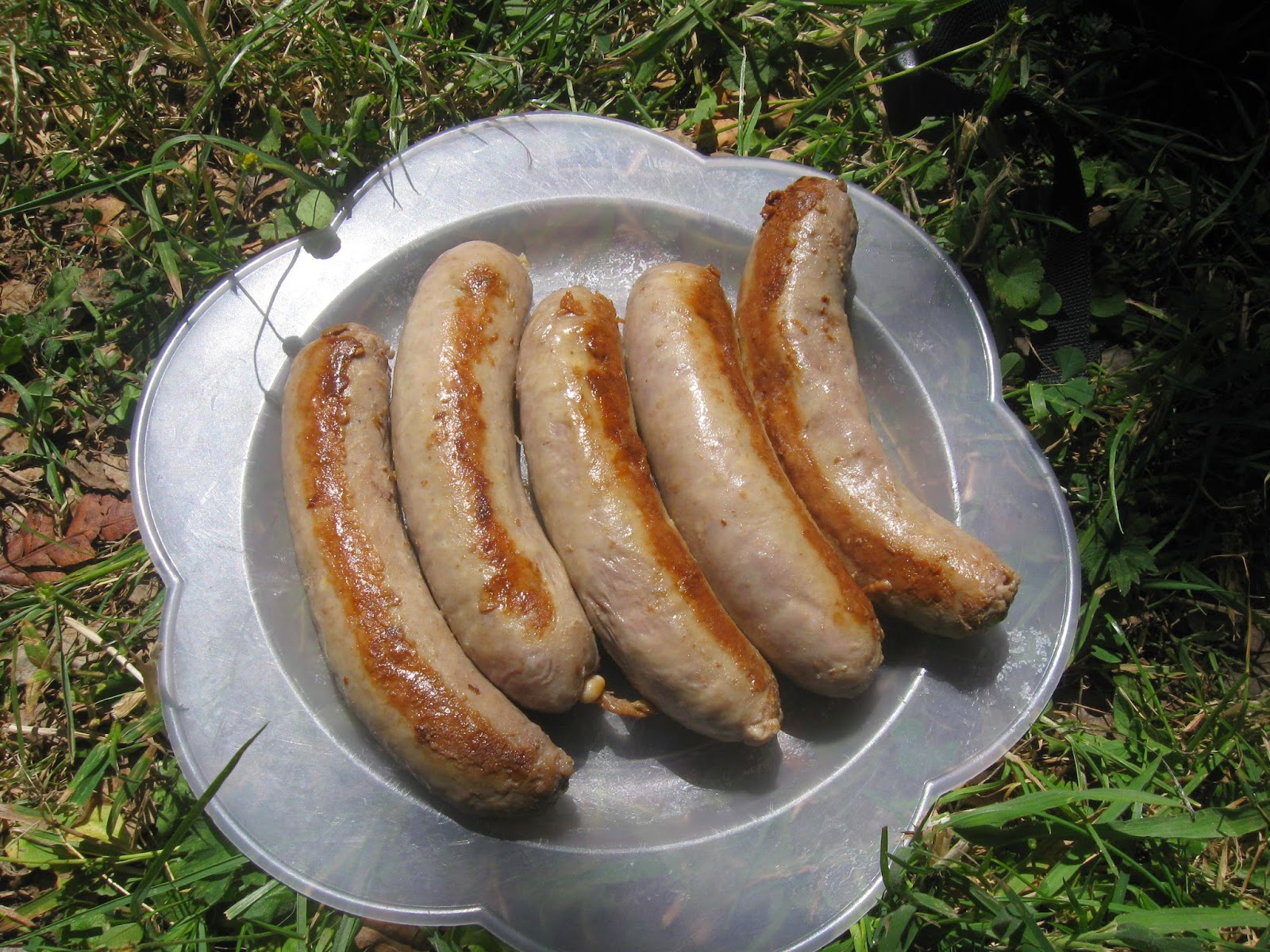 The organisers also put on a barbecue where they served meat patties and beef sausages from Whariti Meats in Woodville. This is a finely ground sausage where beef is the primary flavour. They are very good standard beef banger. 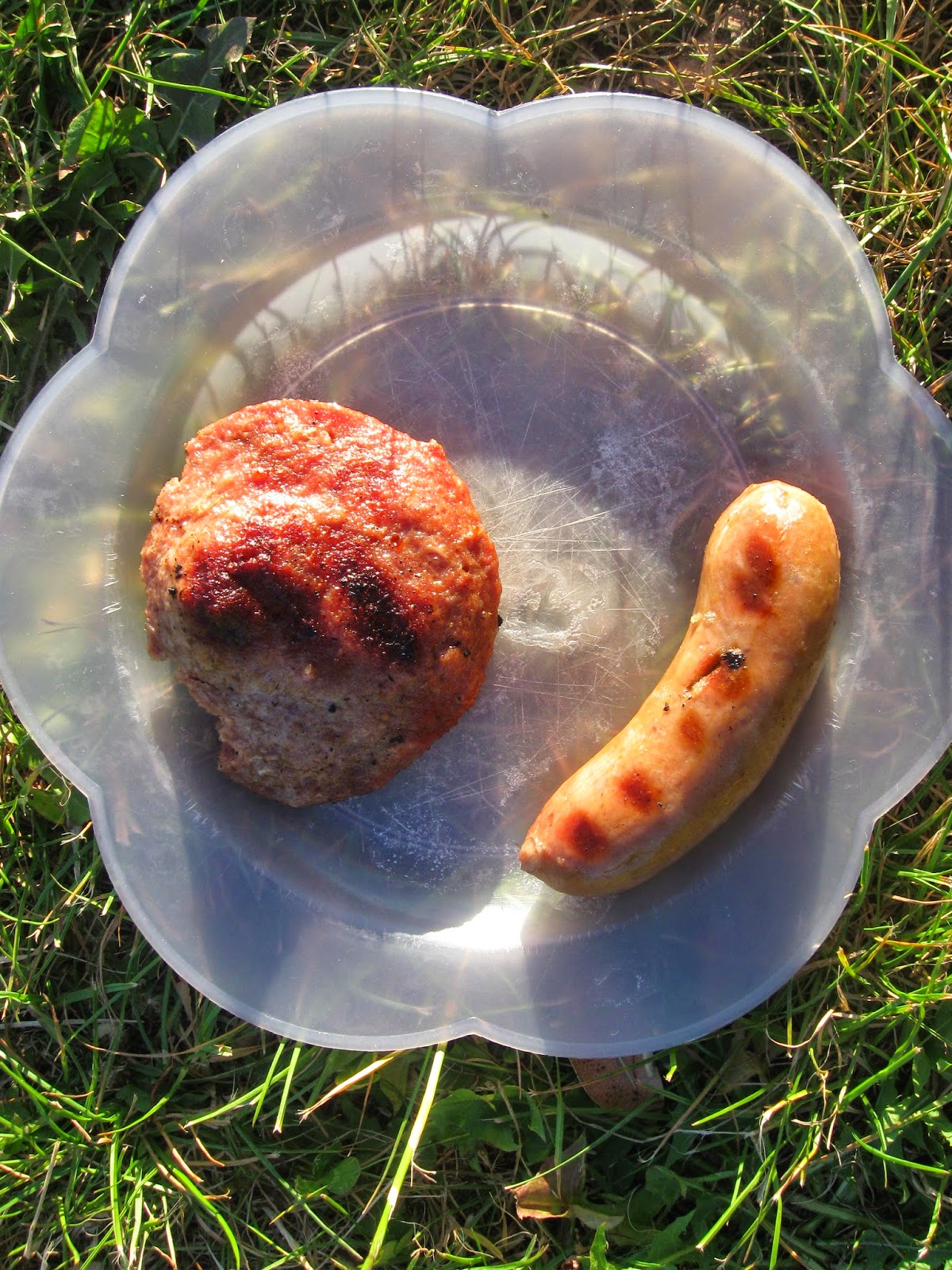 The food was washed down with a refreshing beer, an organic Mike’s Full Nelson IPA. This Taranaki beer was great on a very hot day. It has a dark amber colour and was crisp and refreshing after many hours on the feet. 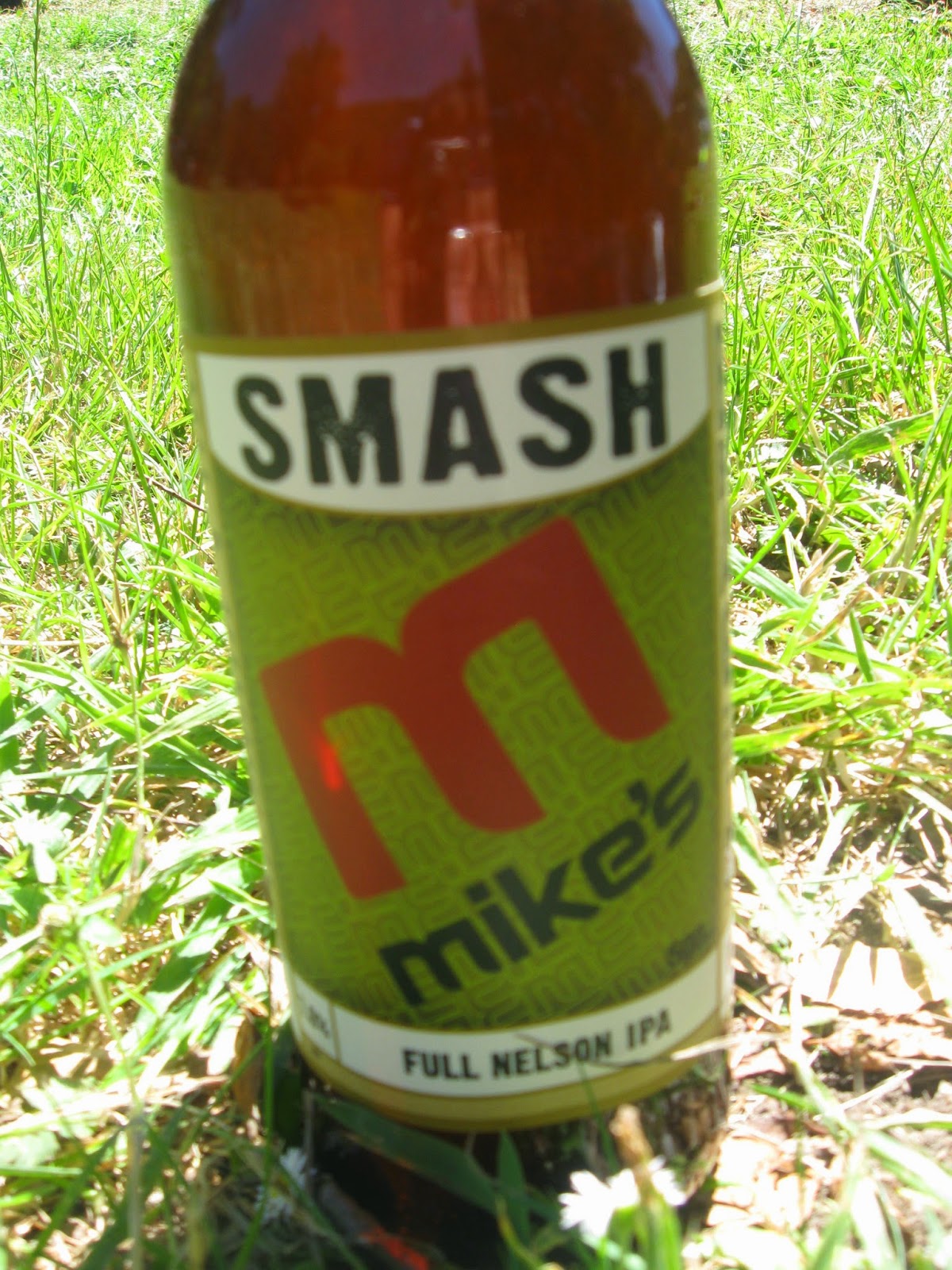 With seven weeks to go until the TMR I am hoping for a day that it is not as hot as it was in weekend. The time spent on the exposed tops is considerably longer in the TMR and although on a good day the views are magnificent from the ridges of the Tararuas, with no wind or cloud, and a scorching sun, it makes running hard work. The running and sausages diet has another seven weeks to take full effect.
For other parts of this series, here is an index.