A Misty Southern Crossing
A group of us decided to complete the Southern Crossing as day trip as part of our training for the Tararua Mountain Race in March. It was chance to re familiarise ourselves with the route and spend a day in the hills. I cooked up some sausages for us to eat during the journey. 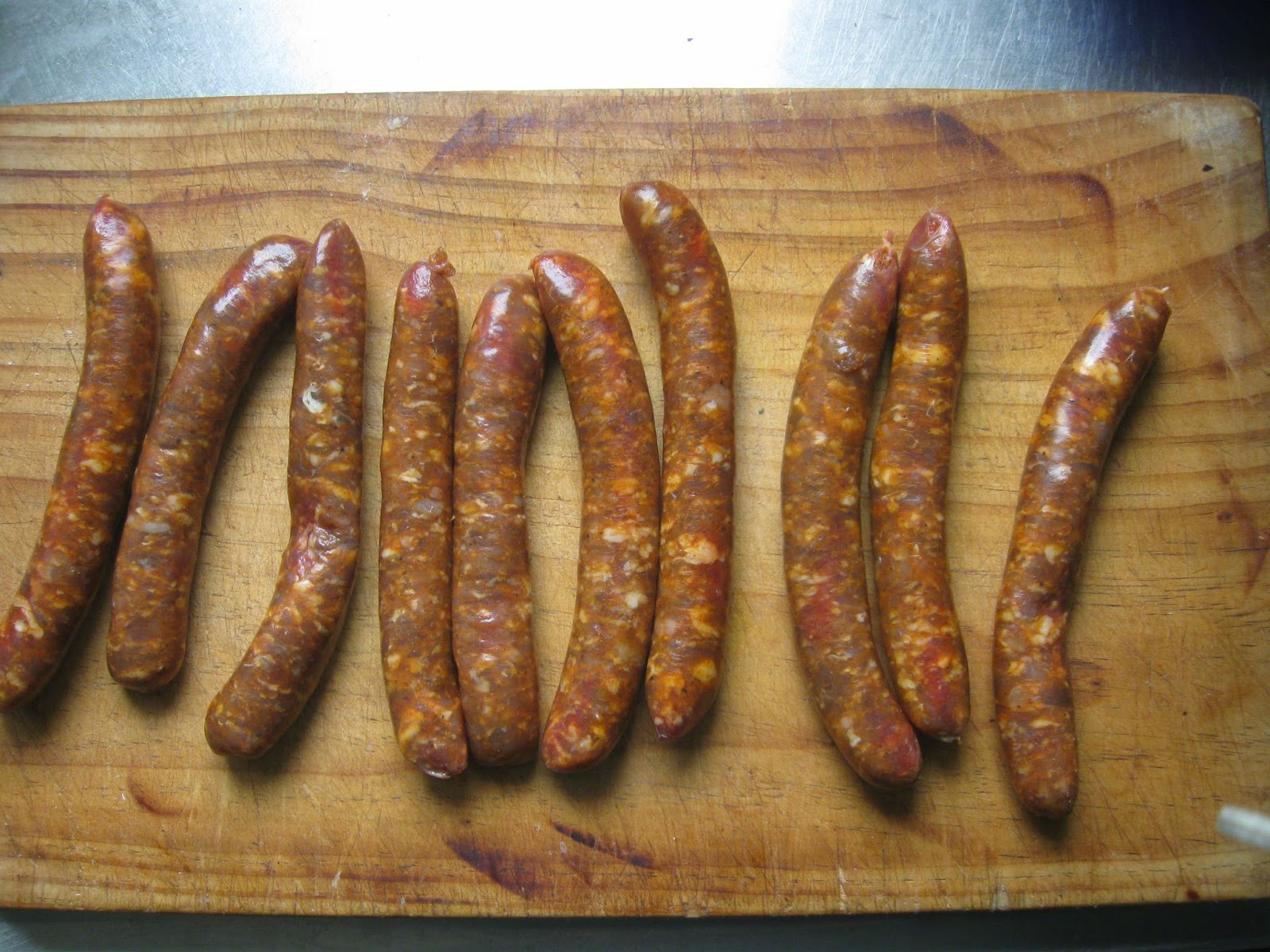 We set out from the YMCA camp in Kaitoke, the weather forecast was good, gentle zephyrs on the tops of five kilometres an hour rising to 35 kilometres an hour later in the day. The temperature on the tops was forecast to be slightly above freezing, this was the first day for over a week that summer had arrived above the bush line.
When we were getting ready at the YMCA camp I did a repack of my gear. As this was gentle trip at a leisurely pace, I took extra food and a few items I would not carry if I was aiming to go at a faster pace. I put my sandwiches and a supply of spicy Serbian kobasica I had purchased from Park Avenue Quality Meats on the ground.
A woman came past with a dog. While I was not looking the dog grabbed one of the sarnies and shot off. The woman was embarrassed and managed to retrieve the sandwich, however it was well chewed by the dog, and this sandwich went home with my wife in our car. The good news was the dog had not taken off with the snarlers. 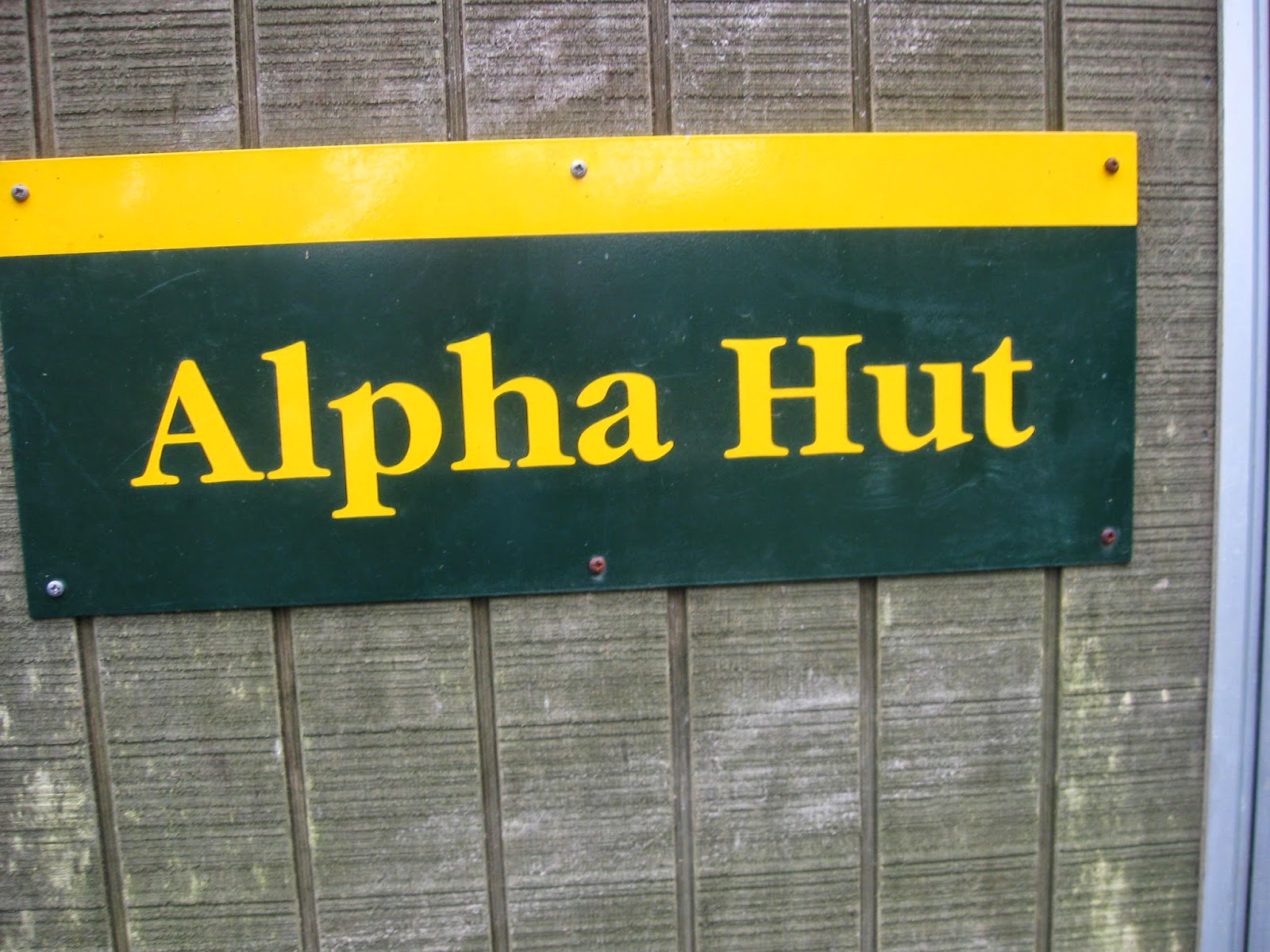 We has a pleasant trip up Merchant Ridge, I found the section from Bull Mound to Alpha Hut seemed to take a long time. We had a break at Alpha before heading over the tops to Kime. We knew at this stage the weather forecast was not as accurate was we would have liked. As can so often happen in the mountains of New Zealand the weather can change incredibly quickly from fair to really inclement. We put on extra layers, raincoats, over trou, beanies and gloves and headed up to Alpha Peak and the exposed part of trip. 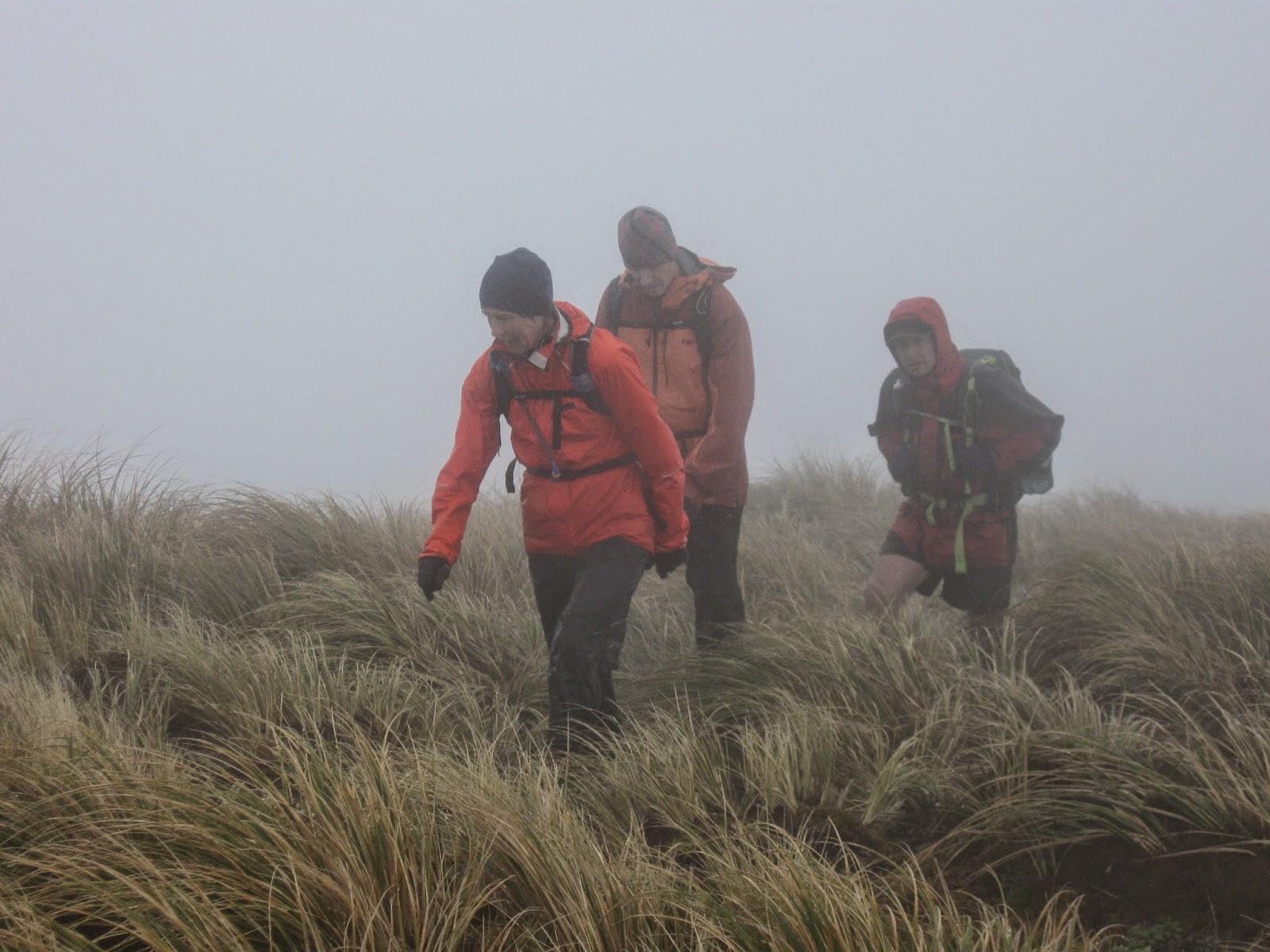 I had been hoping the weather would have been good, from the top of Mt Hector on a nice day you can see Wellington Harbour to the south, the Pacific Ocean to the east and the Tasman Sea to the west and the main range with its rugged peaks stretch to the north. It can very pleasant admiring these vista. However yesterday it was more typical of the Tararuas, misty, rain and wind. Visibility was about 100m or less. The vista was one of mist, mist and more mist. The strength of wind was steadily increasing and the temperature was dropping. I shot ahead and took a photo of the party, it was quipped, “Will this be called Gorillas in the Mist.” We kept on chugging along at a steady pace and after a couple of hours we reached the summit of Mt Hector, this is always a good point to reach, if I am travelling at a faster pace it means Kime Hut is half an hour away. We were not going a great rate and forty minutes later we arrived at Kime. 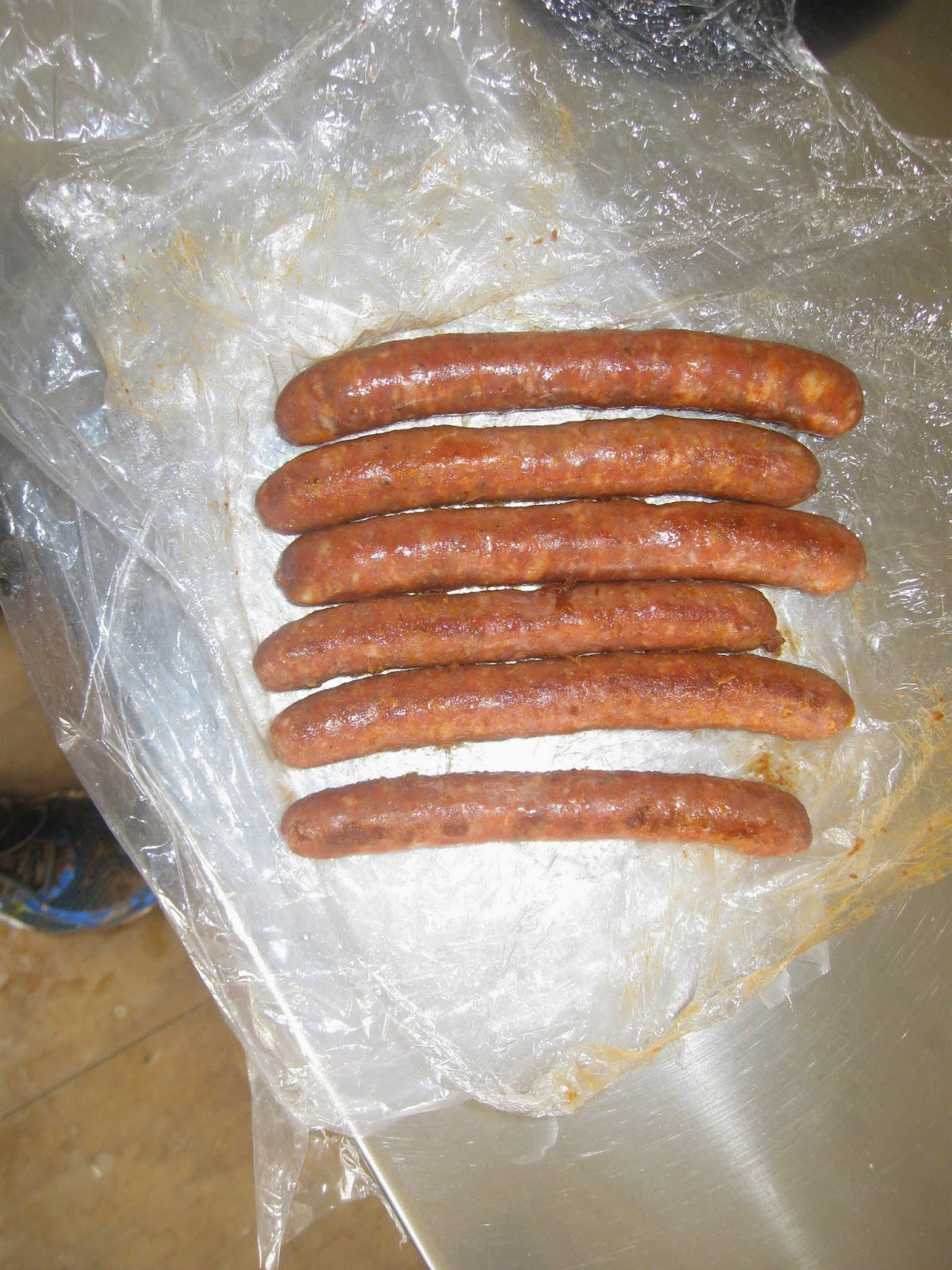 We went into the hut for a breather and talked to a couple of groups of trampers who were there for the night. At this stage I broke out the spicy Serbian kobasica. These are a relatively small sausage  that are made primarily of pork with a bit of beef, it is coarsely ground, the way I like it, and strongly flavoured with paprika. With the body in a cold and wet state, sausages with a lingering after taste of the heat of paprika were consumed along with chocolate biscuits. It is all hearty comfort food and more importantly fuel for the body as we set of on the journey out to Otaki Forks. The other members of group had varying responses to sausages. The paprika is strong and those with a preference for heat preferred these snarlers. 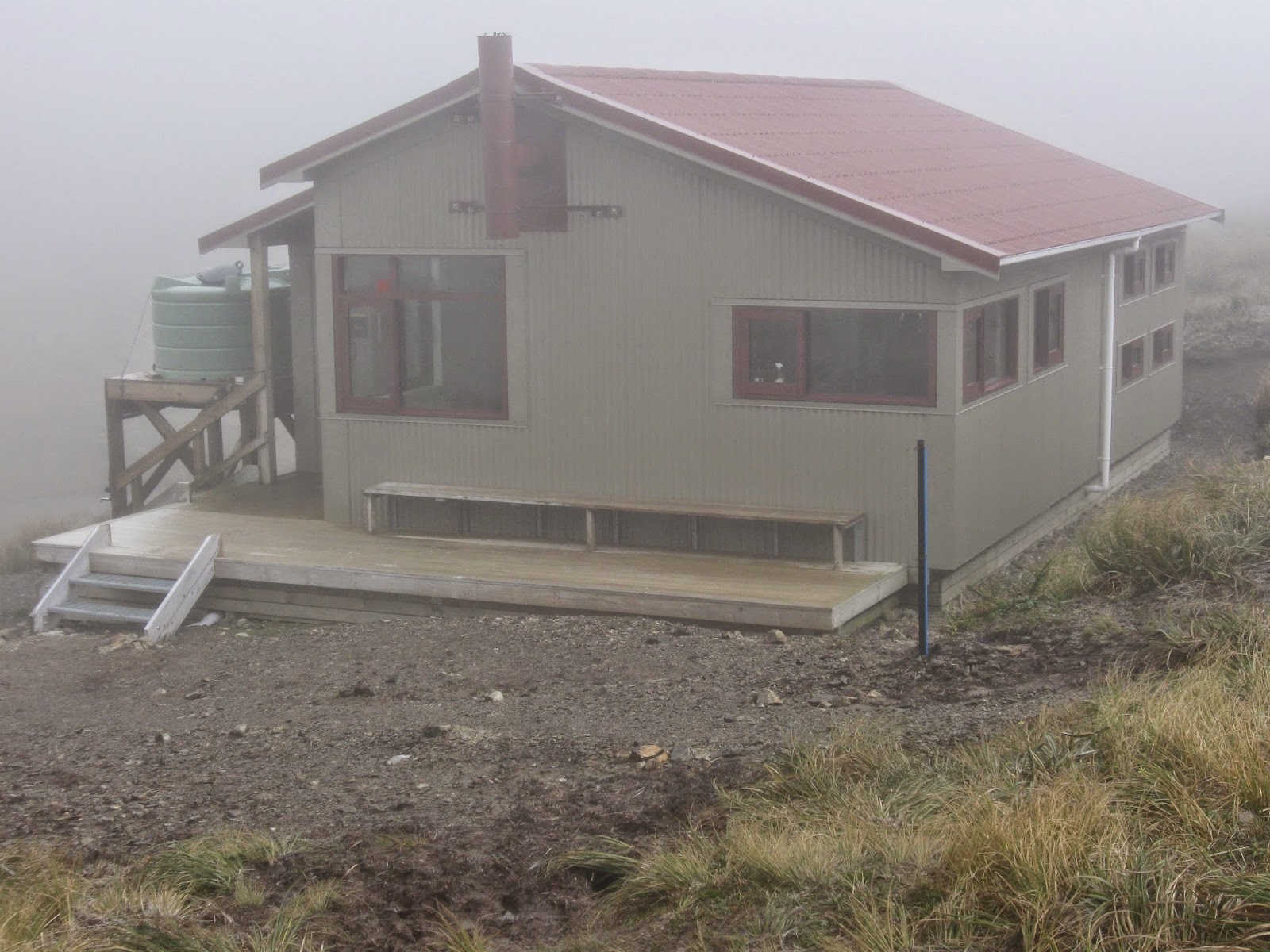 This was the first time I had been inside the new Kime Hut. It is lighter and brighter than the previous hut. 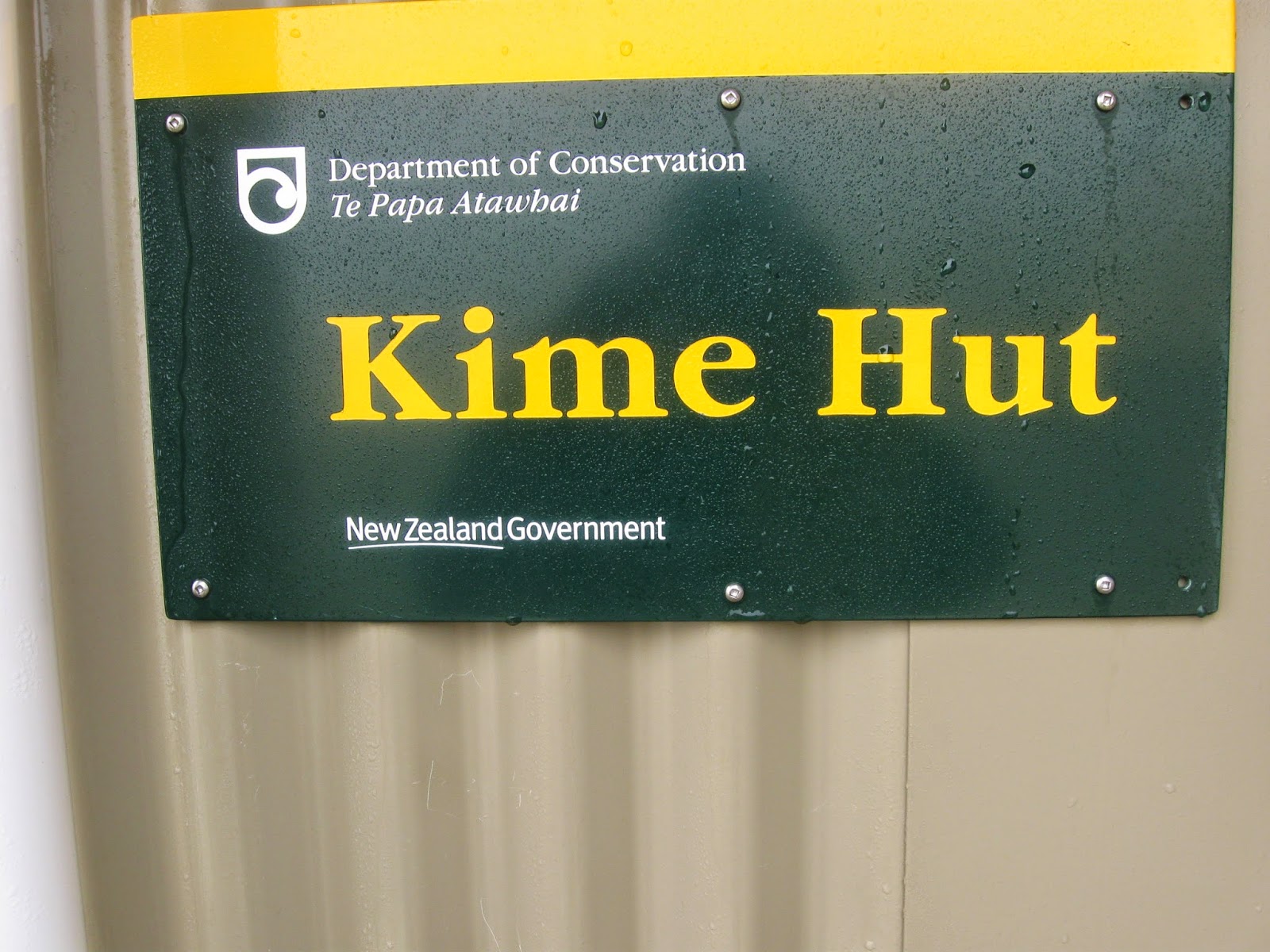 When we arrived at the Forks, our transport was waiting, we had taken a little longer than anticipated, but had a memorable trip with variable weather. The legs knew we had travelled nearly 40km and the vertical climb had been over 2200m. Just as hard was the hammering of the knees and quads on the descent. At this stage three of our party are looking to do the Tararua Mountain Race in March, we have three months to do the work required for a successful event.
Alas there was no beer.
For an index to this series see link.