Strict Standards: Static function Automattic\Jetpack\My_Jetpack\Product::get_manage_url() should not be abstract in /home/dodo1418/public_html/wp-content/plugins/jetpack/jetpack_vendor/automattic/jetpack-my-jetpack/src/products/class-product.php on line 182
 Homemade Onion, Capsicum and Garlic Sausages – Don Stevens Sausage Blog
Skip to Main Content
Homemade Onion, Capsicum and Garlic Sausages
One day I will follow a sausage recipe, however for my second attempt at homemade sausages I decided to yet again follow my instincts and made sausages using onion, capsicum and garlic for flavour.
I had talked to Gordon the butcher at Park Ave Quality Meats about the first batch I had made, see link. I told him that the casing was tough and he asked me how long I had soaked the casing? My response was, nil. So I had already learnt one new tip about the process of sausage making.
The capsicum was cut into chunks, little squares of red. The onion was diced to a medium degree, while the garlic was cut finely. These were placed into a pot and simmered on a very low heat on our gas stove for around 75 minutes. The flavour ingredients were cooked to a very mushy consistency. 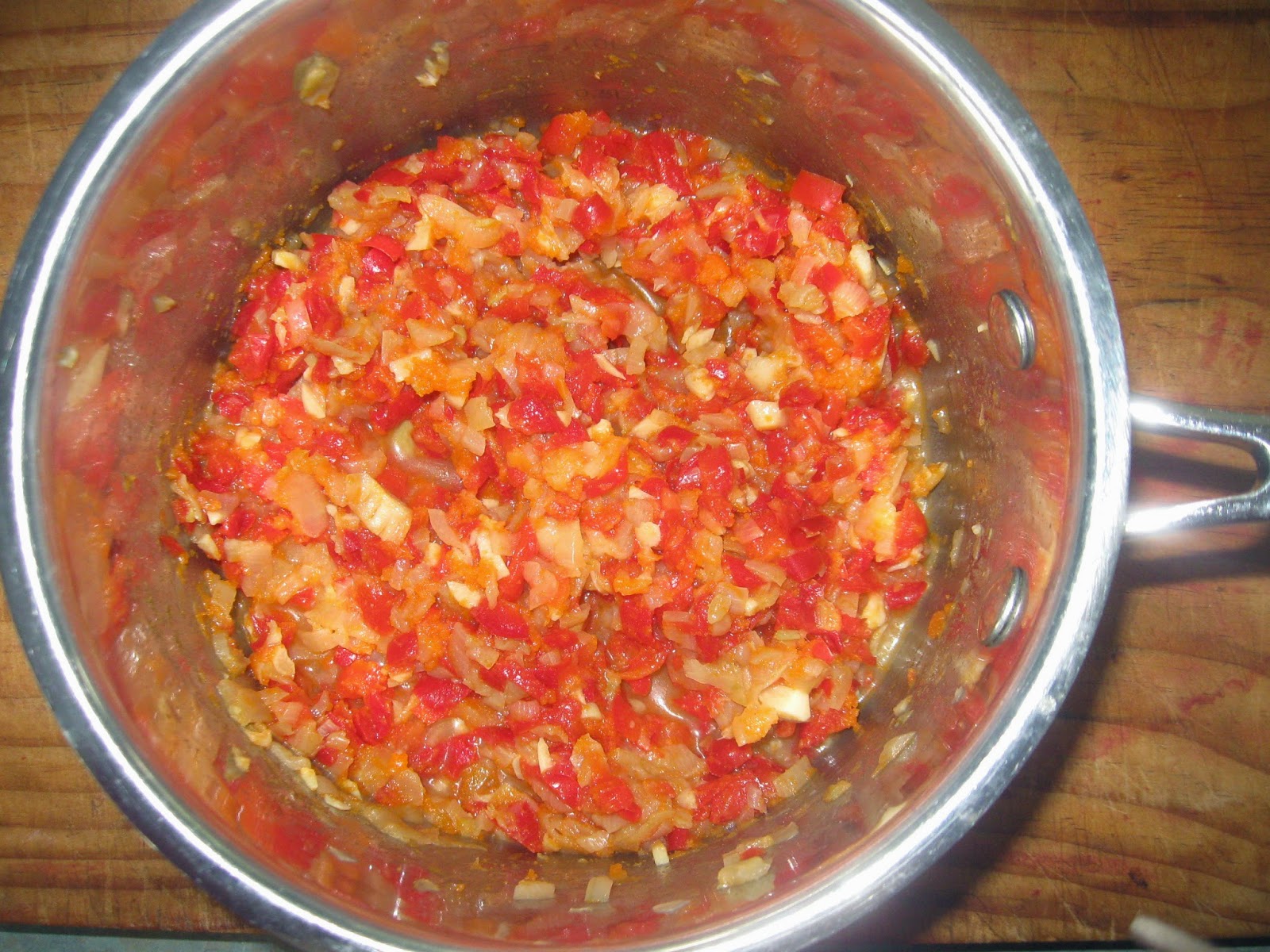 I used two kilos of coarse to medium pork mince that I had purchased from Park Avenue. The meat and flavour was combined prior to packing into the casing. I had the urge to add paprika, chilli flakes or something to give the sausages a bit a kick, but resisted this. I was aiming to make a sausage that would appeal to all and be mild in taste. 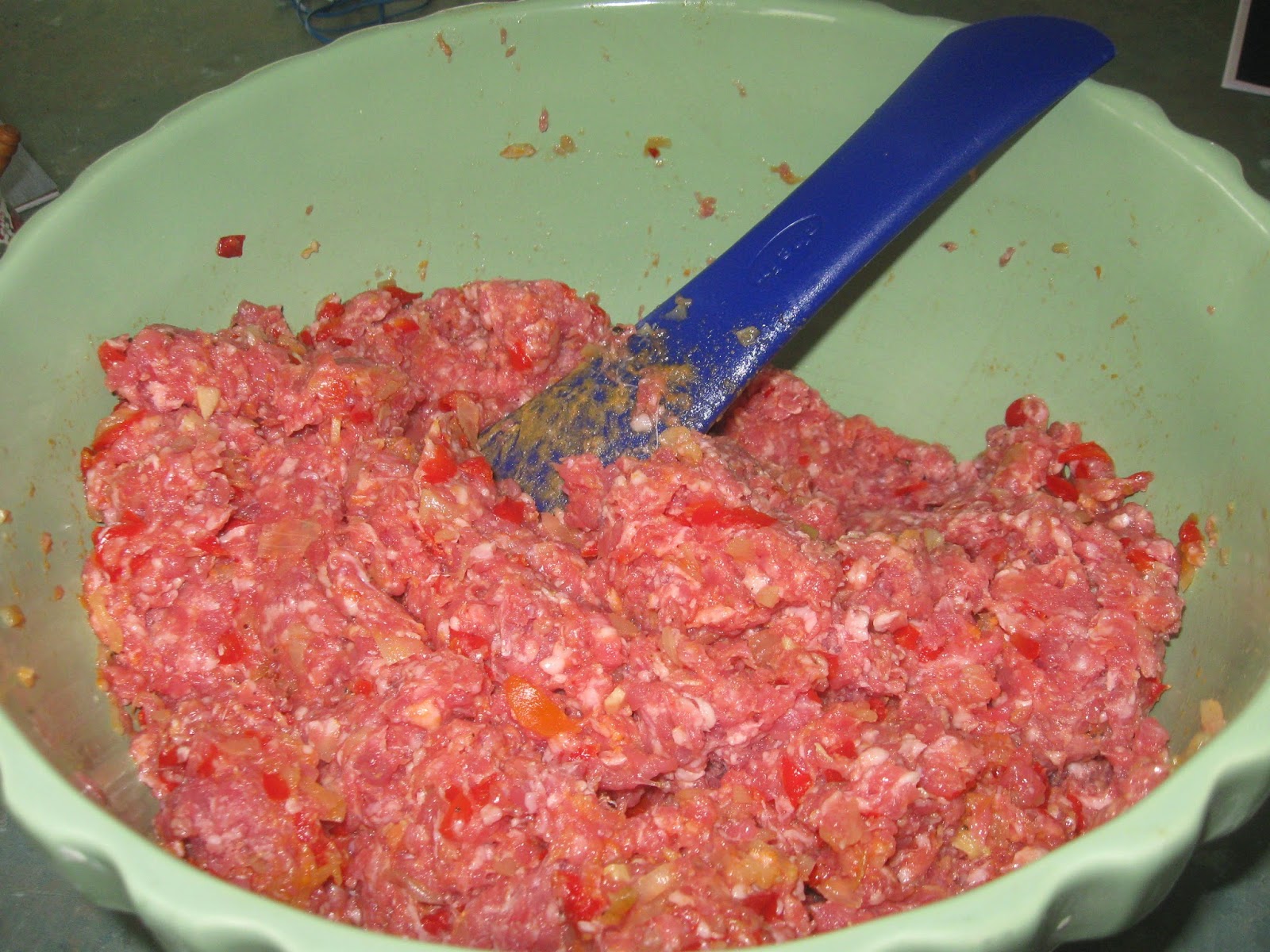 I was satisfied with my filling of the casing, however the tying of the sausages did not go as well as my first attempt. I should have watched the You Tube video before I started, however I will learn from this experience and do better next time. 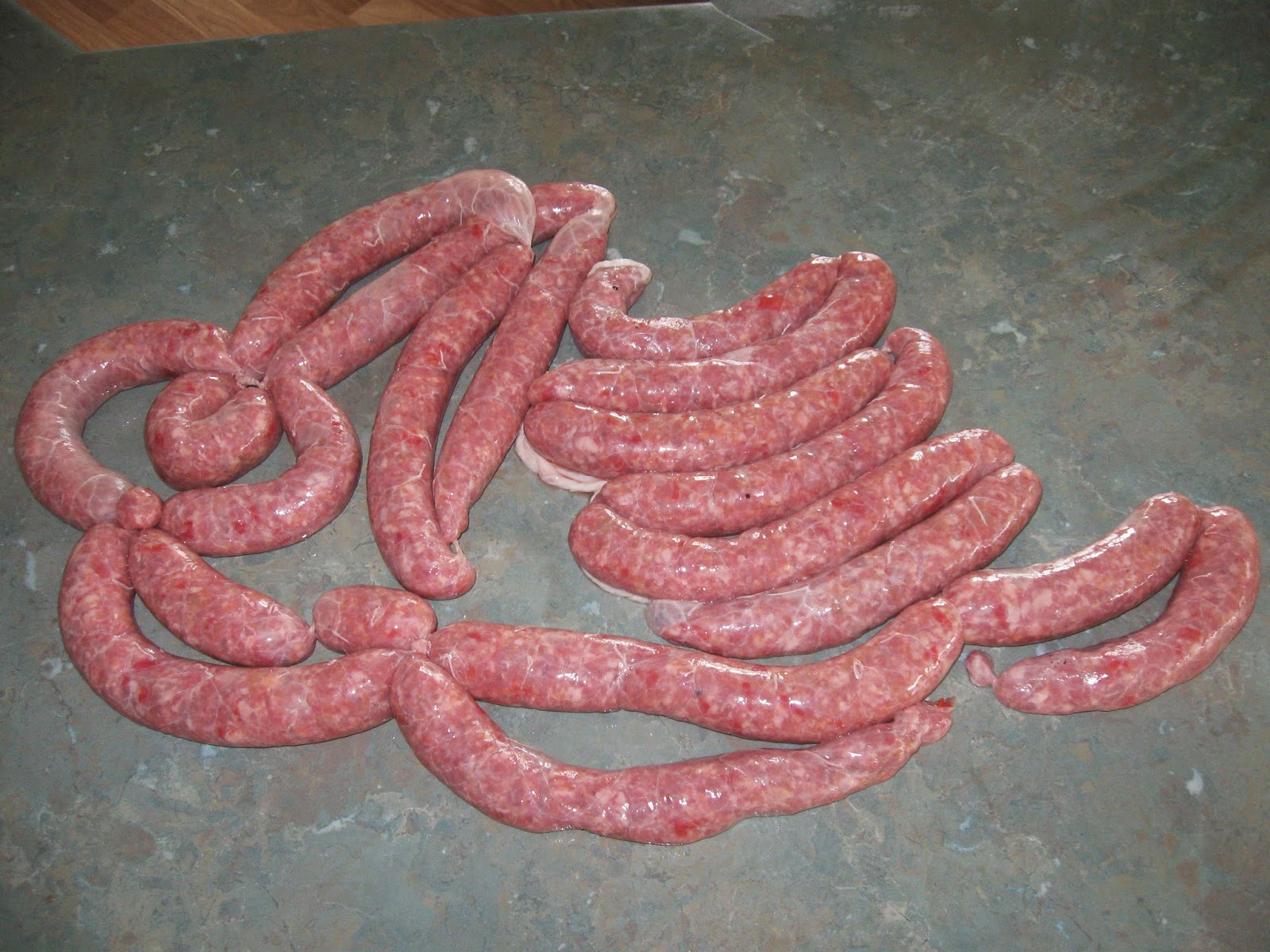 These sausages were consumed at two events. One was a family function at our house with the sausages as an aperitif to the main course. Having lots of extra mouths to feed on the work day I elected to make a couple of pots of soup. I arrived home at 5pm and by 6.10pm I had two big pots of soup ready to eaten, accompanied with bread. I cooked an Asian pork noodle soup and a pot of chicken and chorizo soup see link. The snarlers were cooked at the same time the soup was being prepared. I thought I did quite well to prepare this food in a relatively short time frame.
(I now find I have deleted the photos of the cooked snarlers, sorry about this, but no images this time)
We tried to squeeze 14 people around our dining room table, a tight fit, so it does encourage conviviality. However we only managed 12, so as cook I ate my food in the kitchen. We do have an open plan dining kitchen area, so I was able to contribute to the banter, and offer erudite (and spurious) comments over dinner.
I also served some of the sausages to my work mates when a couple of us put on afternoon tea one day. My colleagues consider me a bit of a sausage obsessive – I don’t know why? They had been asking if I was ever going to bring some of my own sausages to share, so I took these along for a mid-afternoon brain boost.
The response from both the whanau and work colleagues was very positive. They liked the meatiness of the sausage. The sweetness of the onion and capsicum complemented the pork. I considered these were successful and these have formed the basis for an idea for one variety of sausages that I will take to the whanau Christmas barbecue.
It was a successful sausage making escapade and I look forward to making more snarlers again.