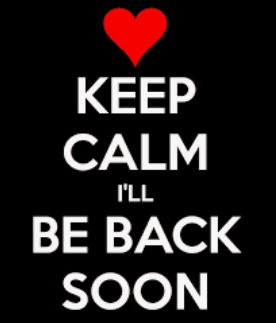 After nearly eight years of posting on this blog, I have decided it is time for a hiatus. I have posted over 340 times, an average of 43 posts a year during this time. This does not mean goodbye, rather the posts will be infrequent.

During the time of regular posting, Sausage Boy has become a man. I have judged at the Great NZ Sausage Competition numerous times. This has been a great experience, discussing and talking about sausages with butchers and foodies who are at the top of their game.  My favourite irreverent blog, Rate My Sausage, had a break and now back posting on a semifrequent basis. I did seriously think about reviewing a vegetarian sausage, however this never came to pass. I cook more vegetarian dishes than I did eight years ago.

Sausage Boy, is now starting his fourth year of tertiary study, and is showing some amour for a woman in Auckland who he was recently visiting. She lives near both Westmere Butchery and Grey Lynn Butchers, but I have it good authority that her proximity to both butcher’s is not the only attraction.

While he was visiting her I asked Sausage Boy to pop into Grey Lynn Butchers with an order. He requested the three desired sausages and they suggested an additional sausage to him. His response was that he was getting them for his Dad, who had been in Auckland judging at the Great NZ Sausage Competition. They asked if his Dad was Don?

Sausage blogs are few and far between, but it is still it surprising when I go into a butcher’s shop and talk to a butcher how often they have heard of and read the blog. Sausage Boy’s twin brother did tertiary study in Christchurch. He too has been schooled in the art of spewing eloquent verbiage about sausages. When he talks to butchers about sausages, and says that his Dad writes a blog, they will mention to him they know of me. Butchers will identify what they are especially proud off and always recommend that I try their fine products.

Half of the over 135,000 hits the blog have received have come from non New Zealand parts of planet. The most well-read post was about my escapade a few years when I had to abandon a variety of quality sausages as I lay on the side of a steep slope with a compound fracture of the lower leg after a 40-50 metre cascade down the precipitous slope. The sausage I received the best compliments about is the pork, pear, blue cheese and walnut sausage I make.

I often get asked, what is my favourite sausage? My response is that is the same as asking oenophile, what is your favourite wine? There are a myriad of great sausages to sample and enjoy. It ultimately comes down to personal preference. It has been a pleasure writing the blog. However now is the time to pull back from writing, continue to smoke stuff in the garage and, of course, continue to eat and make sausages. Good luck with your hunt for top sausages, wherever you are.

Thank you and goodbye to friends, family and readers of the blog.