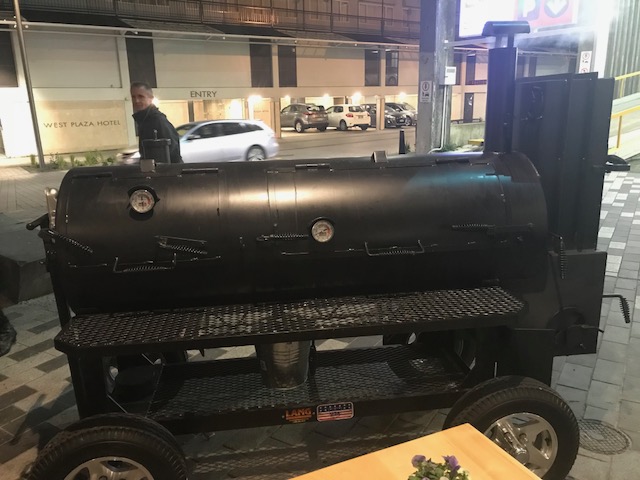 Cured and Smoked – Pickle and Pie

As part of Wellington on a Plate, we went to Pickle and Pie for a meal called Cured and Smoked. Pickle and Pie is a Wellington take on a New York delicatessen serving deli classics like pastrami sandwiches, matzo and of course pickles and pies. For this event Pickle and Pie cranked up the pit smoked barbecue to create some deli classics with the focus firmly on meat. When we arrived the barbecue was smoking away outside the deli. We learnt later in the evening that they started the barbecue at six in the morning and the meat had been slowly smoking and cooking since then. 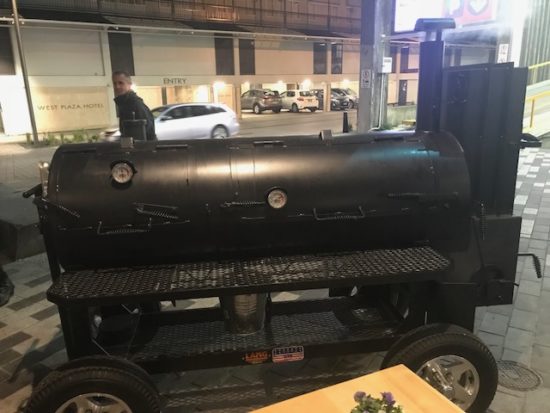 The pit smoker outside Pickle and Pie

There were a selection of dishes served throughout the enjoyable evening. The first dish was smoked jack mackerel with dill and capers on a toasted bread. This was a very nice appetiser, the jack maceral had been smoked for an hour. The temperature for all the smoked dishes was 1200C.

The next dish was a pastrami sandwich. The pastrami is smoked by Waikanae Butchers. The deli goes through eighty kilos of pastrami a week. Being an inner city deli they cannot smoke on site. However they are able to use the portable pit smoker outside for special events. The pastrami sandwich had coriander and black pepper added to flavour this delectable dish. If you do visit Pickle and Pie I recommend you try this this sandwich.

The next appetiser served was a small venison, bacon and red wine pie. The venison was wild venison from Fiordland, onion and tomato relish were added to these delicious pies. 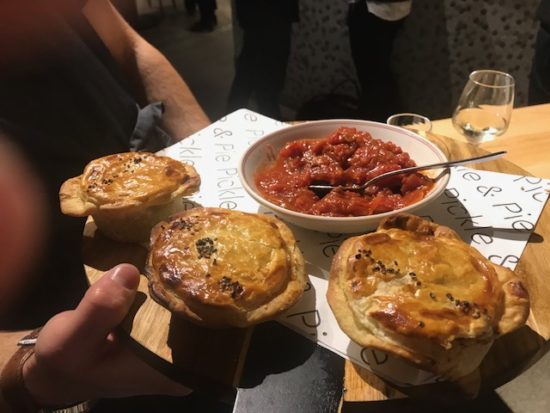 We then sat down and were served lamb shoulder that had been in the smoker all day. It was served on a crumpet. The lamb shoulder had been rubbed with paprika oil, rosemary, thyme and lemon. The meat was fall apart tender. The black crustiness of the outside was contrasted by the succulent meat. There was crunch and tender meat. This was a great dish.

Smoked salmon came next, smoked for an hour it was thinly sliced and served with dill, lime and black pepper. The citrus flavours complimented the salmon. 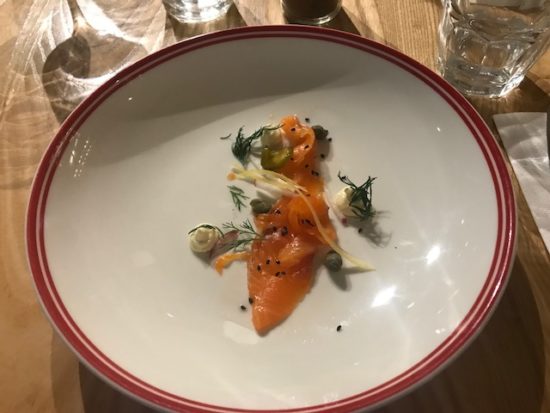 Beef short ribs were the final meat course. The short ribs had been cooked for over twelve hours. You could have cut the short ribs with an ice block stick. Again the meat was fall apart tender. It was char blackened on the outside, and pink in the middle. A superbly cooked piece of meat. By rubbing the meat prior to cooking, it seals in the goodness and flavour, you also get the complimentary tastes and sensations of crackly blackened char and pink, slightly red meat. All in all it was yum yum. 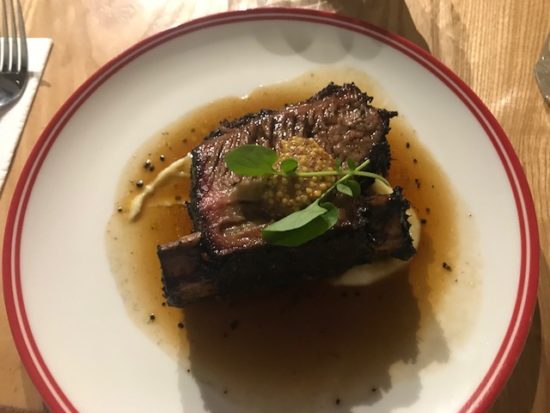 With full bellies we were replete for the evening. However our host said – “Wait there is more.” A full dessert plate came out, it contained lemon meringue slice, pumpkin pie, a layer fudge brownie on a biscuit base with a marshmallow top, and a cheery pie. We could not eat these and took them home in a doggy bag. I took these to work the following day. 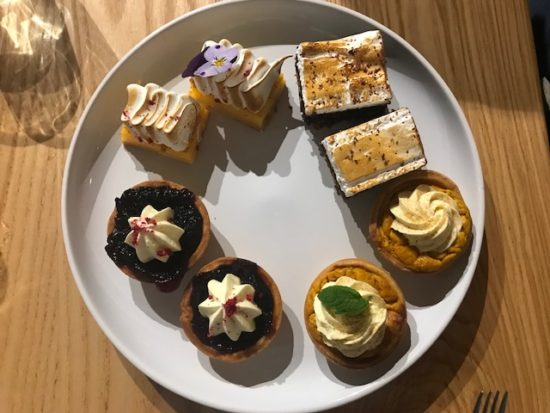 Pickle and Pie put on a great evening. I really enjoyed it. Having Tim the chef talk about each dish added to enjoyment.

Tim Tracey, head chef, did say that Wellington on a Plate has been frenetic. On day one, Pickle and Pie served a hundred burgers. Word has got out about the quality of the roast New York strip loin with horseradish aioli on a salted pretzel bun, with dipping gravy and crinkle-cut fries. On the day we were there they had sold 305  burgers. It has been busy, busy, busy. Pickle and Pie is a great emporium of fantastic tasting food and the wall of jarred pickles and relishes. I thoroughly recommend a visit. My wife and I have decided to go back for more next weekend.

My favourite dish of the evening were the lamb shoulder and pastrami sandwich. My wife’s favourite dish was the short ribs. If you are smart, you will drop in and leave with your taste buds satiated.