Strict Standards: Static function Automattic\Jetpack\My_Jetpack\Product::get_manage_url() should not be abstract in /home/dodo1418/public_html/wp-content/plugins/jetpack/jetpack_vendor/automattic/jetpack-my-jetpack/src/products/class-product.php on line 182
 Yet again The Fridge delivered…. – Don Stevens Sausage Blog
Skip to Main Content

Yet again The Fridge delivered….

Last week I spent time in New Plymouth. We had a whanau gathering and this necessitated the provision of a couple of meals for the masses. Each evening we had a large gathering of sisters, an aunty, cousins, nieces, nephews and sundry ankle biters. There were many hungry mouths to feed. Seeking quality snarlers, I headed off to The Fridge. And yet again The Fridge delivered.

This meant two meals of snarlers and snacks. I rang Mark at The Fridge and ordered some sausages over the phone which were picked up later in the day.  At the first evening meal I served skinless lamb, rosemary and garlic sausages. The following day I served chicken, rocket and cashew sausages. There were various other morsels of food to accompany the snarlers. 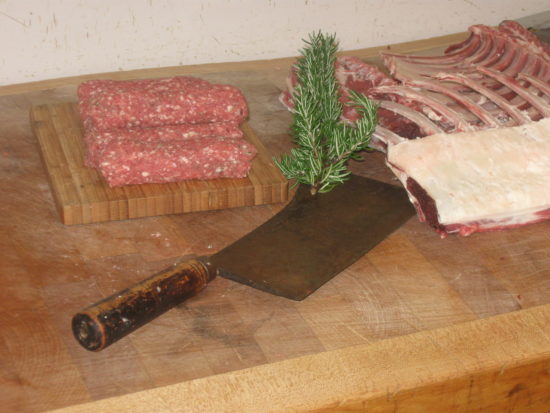 I cooked the sausages in the pan at my mum’s place. This mean cooking on a solid state ring on the stove and using an inferior quality frying pan. Despite these challenges, the sausages were cooked to perfection, if I do say so myself!

The lamb sausages were well received, the dominant secondary flavour is rosemary with the flavour of garlic also present. Plenty of sausages were served to ensure the punters were happy. Very favourable feedback was given by those present – and this is a family not known for holding back. 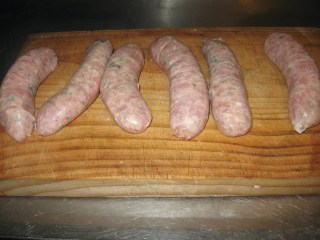 If you are in New Plymouth my recommendation is check out The Fridge. As I will attest, yet again The Fridge delivered.

The best compliment I got during the evening was one from a  cousin’s partner who said the sausages were not as good as the pork, pear, blue cheese and walnut sausages that I made for the whanau Christmas a couple of years ago. Now here is a man who knows how to flatter the cook. He can stay in the whanau!