It can be cold on the top of the mountain. Yesterday in Wellington as we set off to the stadium the Met Service website said it was four degrees, but the wind chill took the effective temperature to minus one. After twenty-one years of trying, and being the only NZ team never to climb the mountain of a super rugby title, the Hurricanes put to bed last year’s disappointment, and beat the Lions from Johannesburg in a hard fought win. 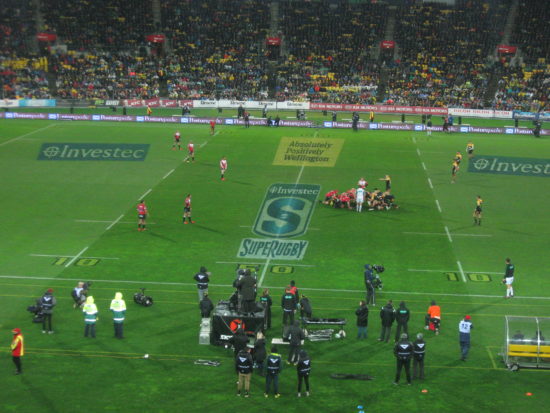 The game was tight and only in the last ten minutes could the heart relax slightly as the Canes built their mighty victory on tough bone shaking defence. In the last three playoff games they have not let the opposition score a try. 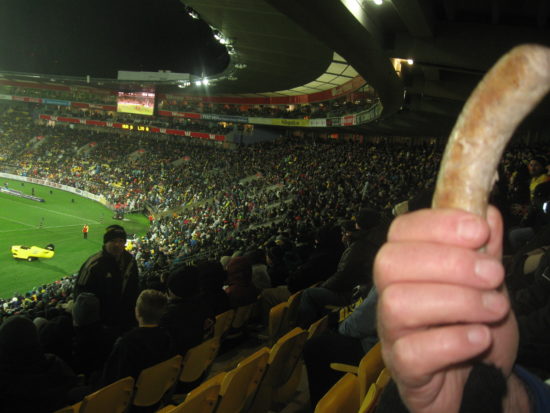 As with great rugby there needs to be great sausages. I cooked some pimenton made by Zamora – The Meat Preachers from Queenstown. I justifiably gave this sausage my Sausage of Year Award in 2014. The Argentinean chorizo showed it performs in all temperature and conditions by being a superb condiment to the play on the field. It is a complex, yet subtle, sausage that has layers of flavour. Best served hot, it was eaten cold during the tense match and enjoyed by all.

My longstanding rugby mate – the guy who has suffered with me through years of Wellington NPC and Canes Super Rugby inconsistencies, was not present. He had a commitment in Auckland which he could excuse himself from. After so many lows it was disappointing that he could not be with us, however his son used his ticket. He is a chef, and he could recognise the quality of the snarler. He was very appreciative of the pimenton. Along with the rugby we talked about the qualities of an excellent sausage.

So what of the future – my hoarse voice will recover and I dream of more Canes titles, which of course they will be complemented by quality snarlers.