Black Pudding – Akaroa Butchery and Deli
I also purchased some black pudding from the butcher’s shop in Akaroa, see the previous post. After I had selected the pudding, I enquired about it – the butcher told me they did not make it themselves, they sourced it from Peter Timbs in Christchurch.
This black pudding was cooked in a pan. I cut it lengthways before cooking. The ratio of chucky bits to finely ground filling is firmly in favour of the finely ground filling. Pieces of maize can be seen, along with other larger pieces. 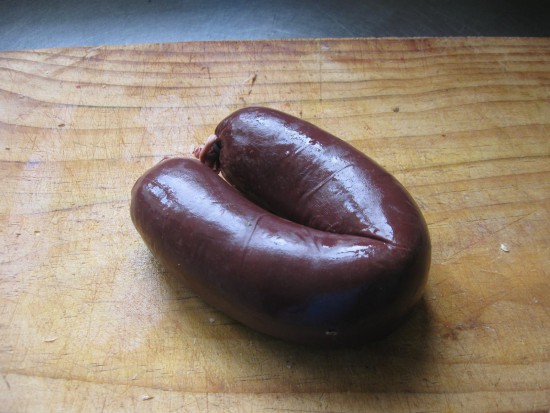