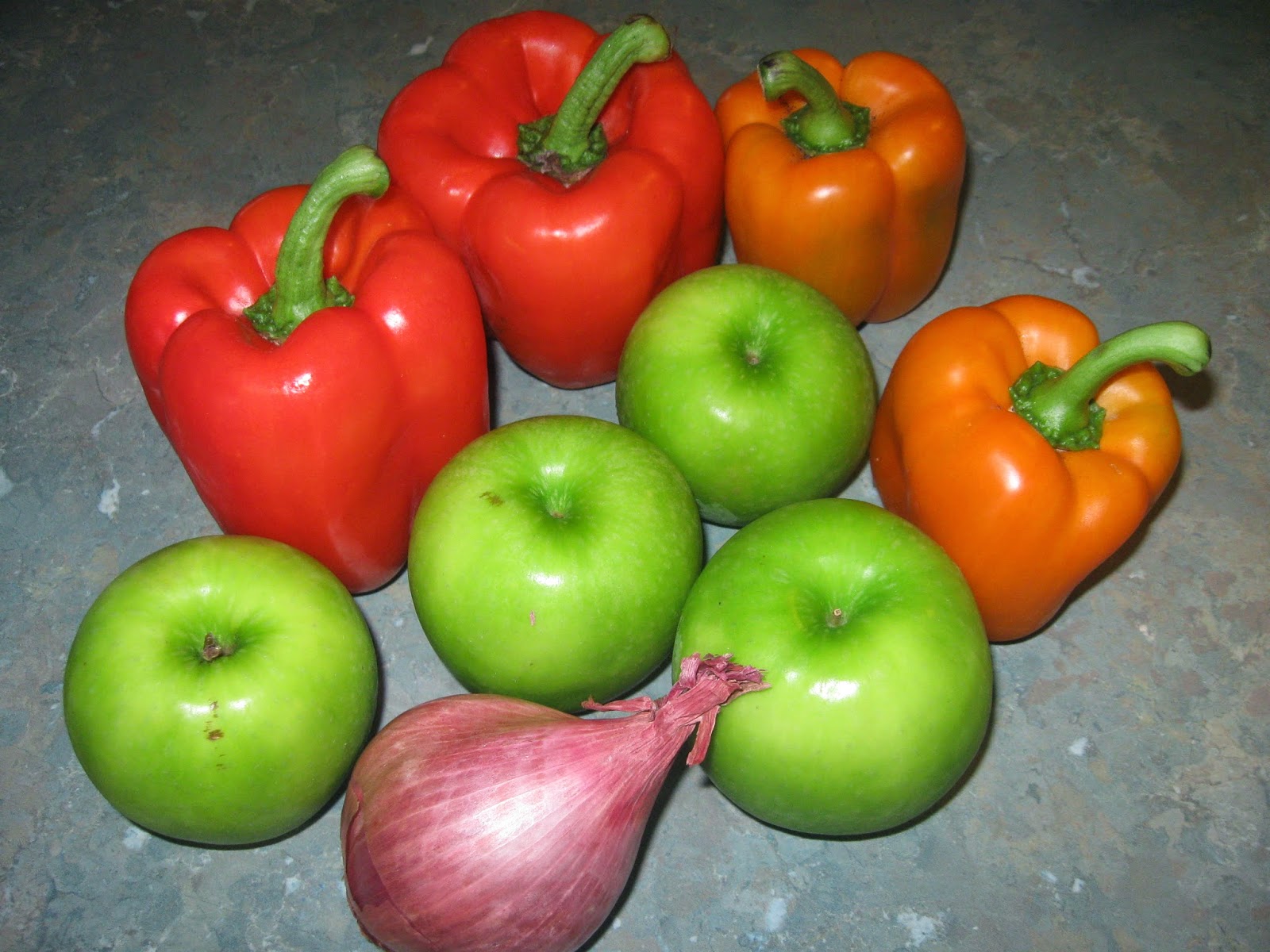 I used the Christmas colours of red and green to flavour the sausages with capsicum, Granny Smith apples and shallots. The flavour I was aiming to create was mostly sweet with a little bit of tartness from the apple. My aim was to please the punters and make a sausage that will appeal to all. 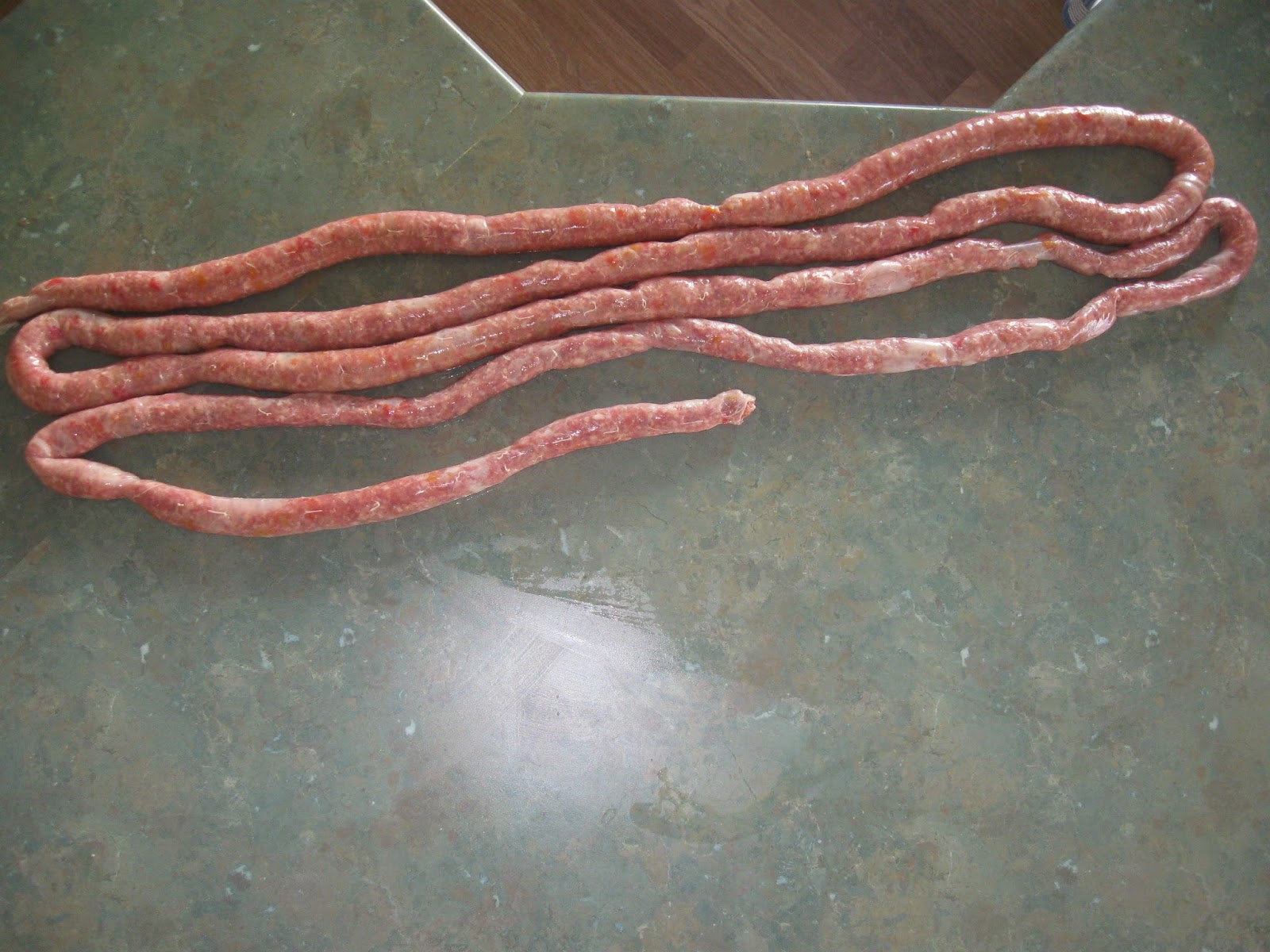 I used two kilos of minced pork and I had the longest string of snarlers I had created. The long string meant that the two abreast tying method had its challenges, and this had to be done using the bench as base. However I did succeed in the task. I started making quite large sausages at the beginning of the string, as handling was a challenge. As I worked my down the length the snarler size decreased. 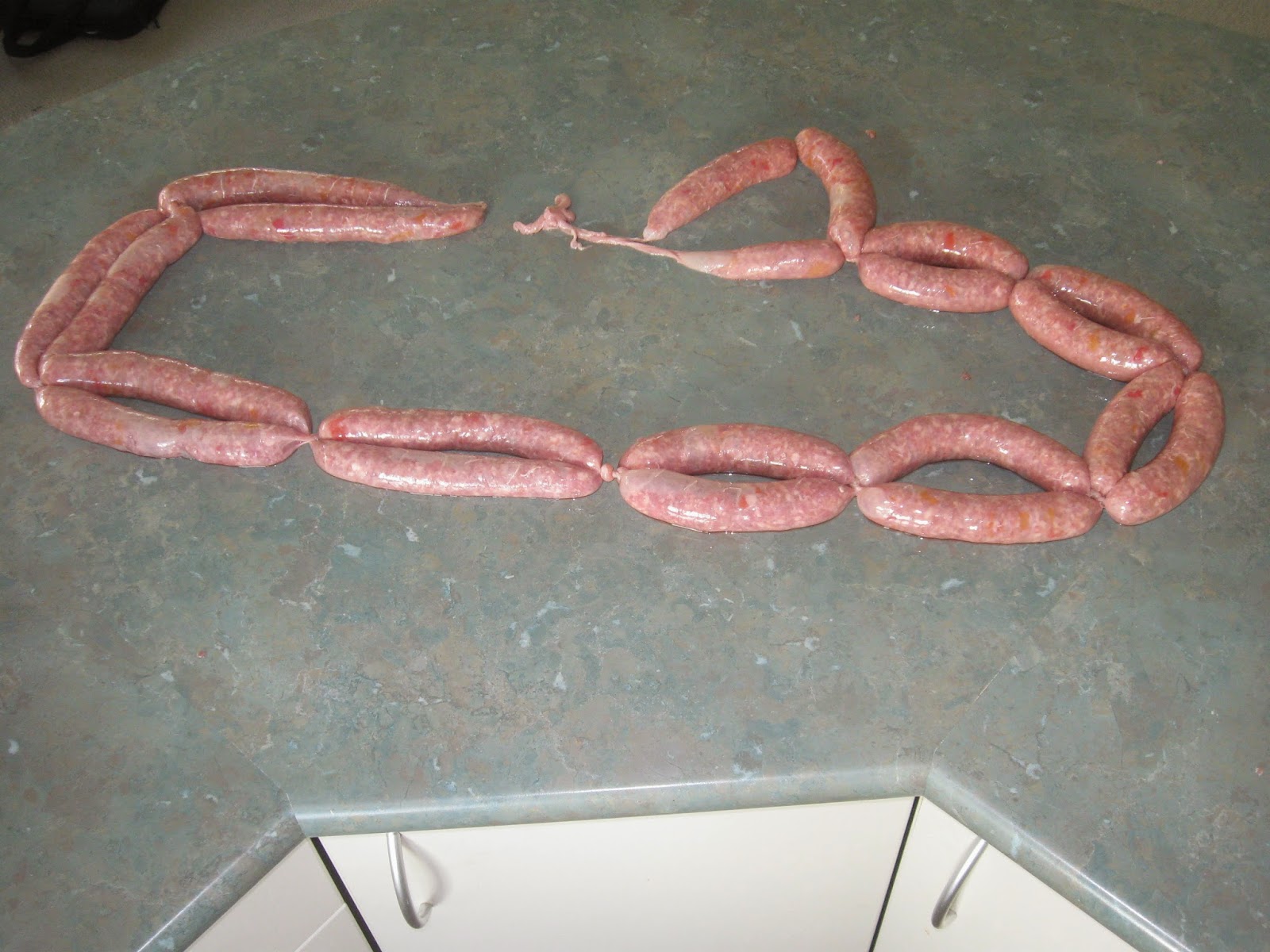 The kitchen was a hive of activity on Christmas Eve morning, and as the sausages were being finished, my wife was creating a recipe from Nigella Lawson, a gooey chocolate triple meringue stack for Christmas Eve dining. 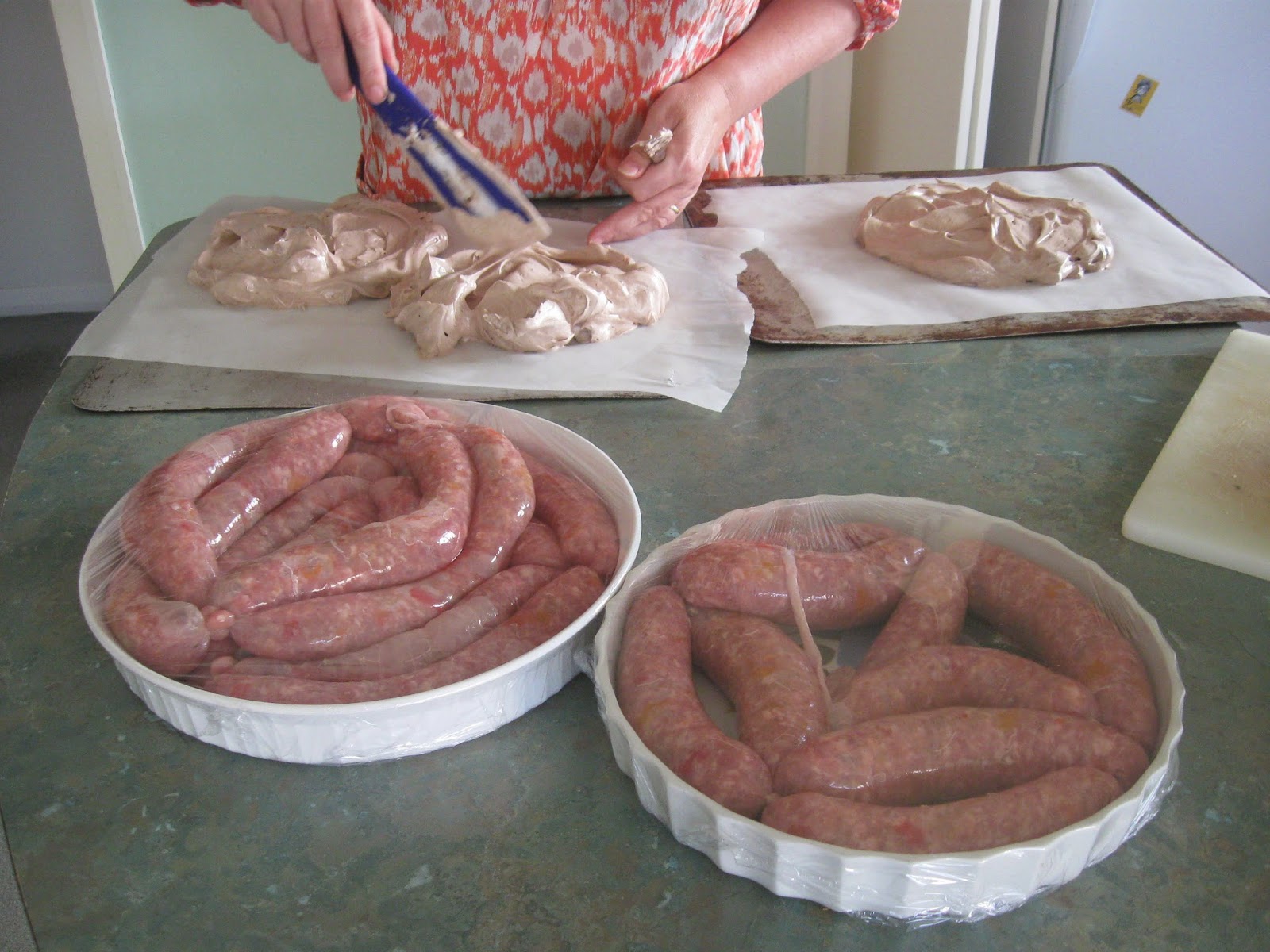 On Christmas Eve we also took some marinated rump steak which was farm kill meat that a friend in the Wairarapa had given us. I said to my wife, when I tell our host, that it is farm kill beef, he will say, “You’re sure it’s not road kill?” True to form, he posed this question. 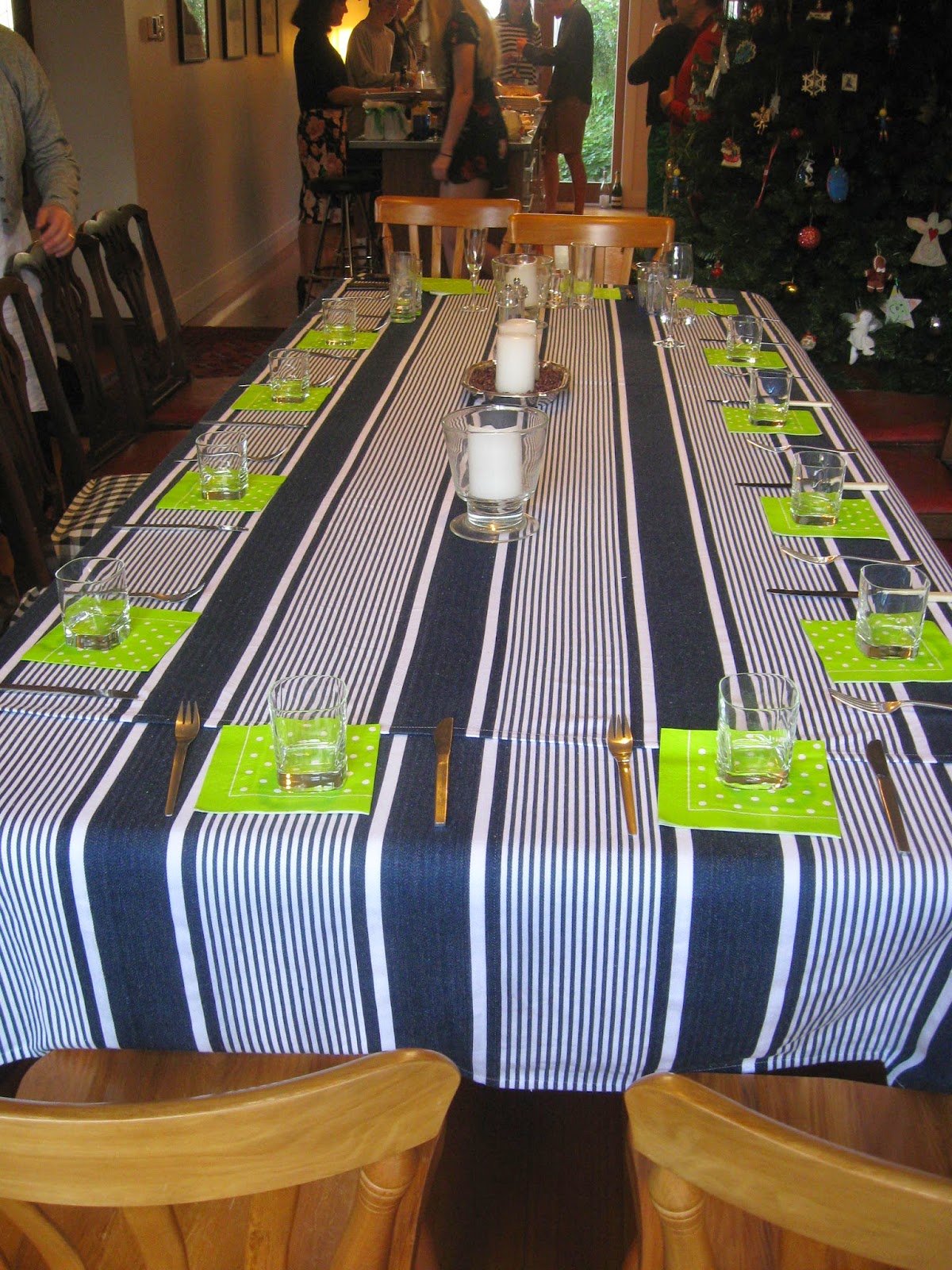 When we went to friends for Christmas Eve, four adults missed the soiree due to a bug that was doing the rounds. We had five adults and nine soon to be adults present. This definitely lowered the average age and also meant the balance of whole table conversations reflected the young in spirit nature of the dinner. As we ate, conversed and chattered about the table it made you realise that our kids are growing up.
The sausages went down well and positive comments were received about the homemade snarlers. There was a lot of food and the only portion of the meal that was completely eaten were the desserts. They were delicious. 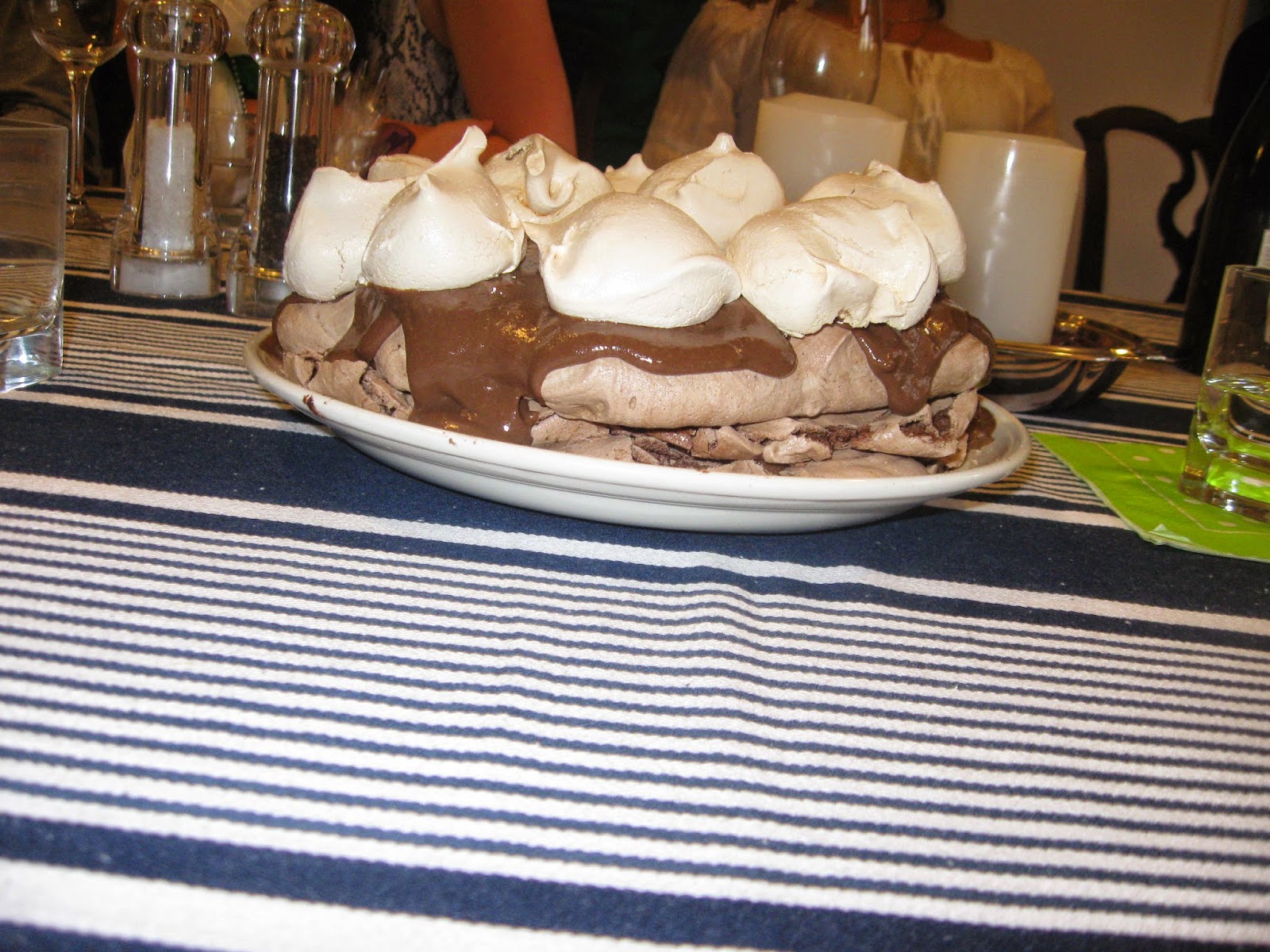 The following day it was off to my sister’s house for a Christmas lunch. We took sausages, Jansson’s temptation, a Swedish potato dish, along with salmon and pate for starters. The sausages and a butterflied leg of lamb were cooked on the barbecue. When the meal was being eaten my ten year old niece said, “This sausage is yummy.” High praise indeed. 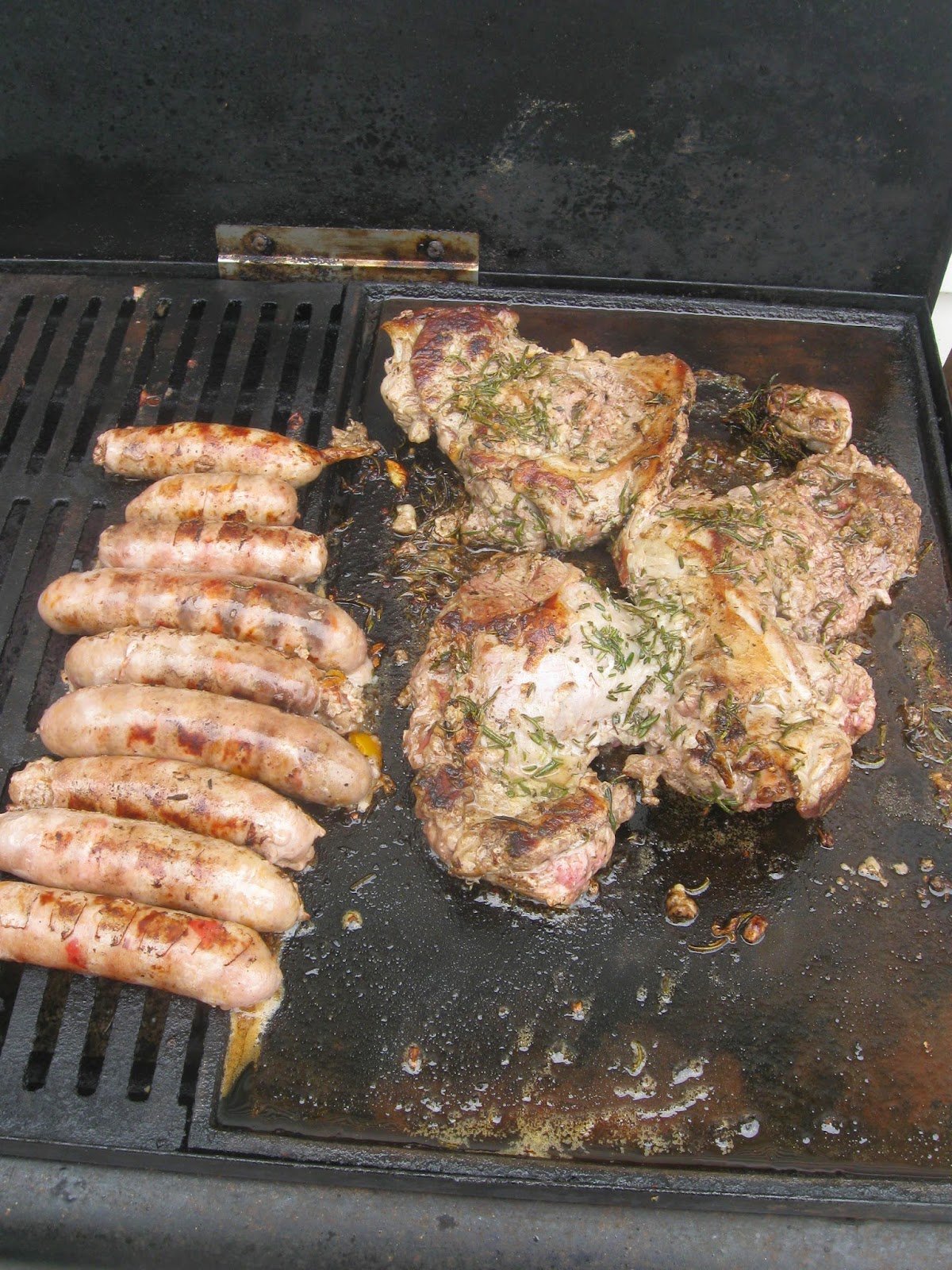 So at the end of the day I reflect, with a full belly, on the charm of Christmas. It is not about the rampant consumerism that I consider to be too much of a focus in society. It is about family and friends, enjoying each other’s company with food, frivolity and laughter. And my sister, who is an Anglican vicar, would add …. “Hey, and remember the birth of Jesus too.”