Skip to Main Content
An Attractive Coal Range.
While staying at Pep’s Cottage in Raglan there was an old coal range in the house that had great visual appeal. This coal range now fulfils a decorative purpose. Our family lived in Timaru for a period in the 1960s. I was a pre-schooler and we lived in an older house. The memories I have of this house are the large sash windows, you could climb in and out of them; riding the trike along the hallway; the outside toilet; and the coal range.
As kids we had to go outside at night and use the toilet before we went to bed. We stood as a group as we each used the toilet and then headed back into the house and off to bed. Other memories of the house include the big black coal range in the kitchen. Mum used to stoke it up as she used this for cooking. I can remember looking into the bright fire as the cast iron lid was lifted off a stoking hole on the hot plate which formed the top of the range. When my parents sold the place in 1967 the people who brought the house wanted to know what they had done with electric stove. The new buyers were obviously modernists. 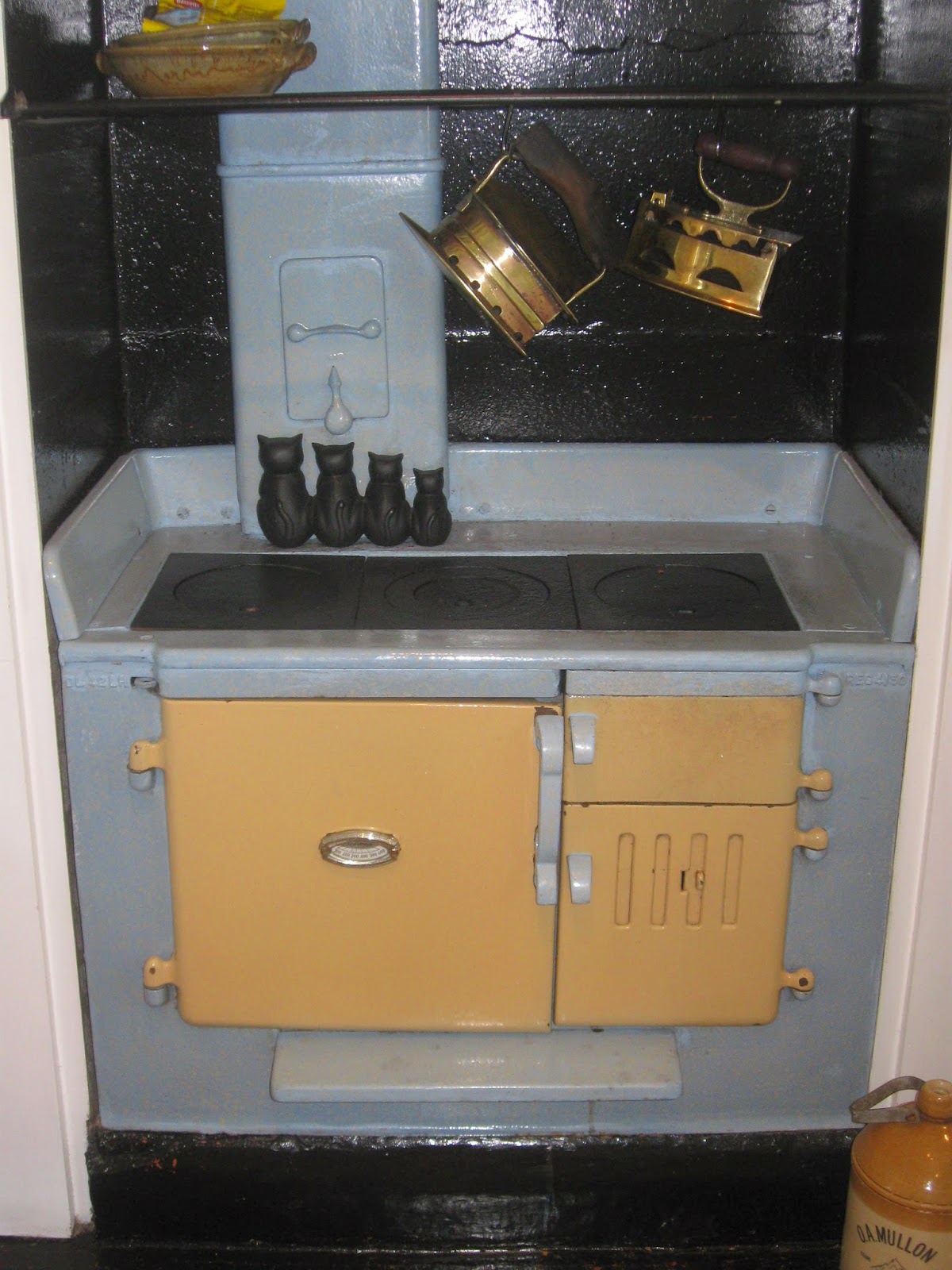 I am currently reading Kai to Kiwi Kitchen – New Zealand Culinary Traditions and Cookbooks. This book states that the first import of a coal range was in 1865 by Lady Barker in Canterbury. By the 1880s coal ranges were being manufactured in NZ and these replaced the earlier “colonial ovens” that were a simpler and cheaper device used for cooking. Nearly a century later the coal range was still in use, but as time has passed they usually now fulfil a decorative function.
Next year we have booked a couple of weeks at Pep’s Cottage. I am sure the coal range will still be in place a reminder of how our forebears cooked.