As part of Wellington on a Plate I attended Masters of Meat, held at Preston’s Master Butchers in Porirua. It was a very good evening where we moved around four different food stations. I enjoyed tying up a lamb loin, handling and sampling offal, making sausages and observing a lamb being cut up for sale. 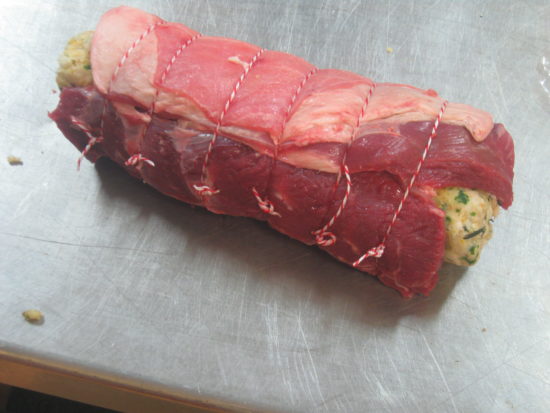 Preston’s is a long established family business that has been selling quality meat in Wellington for over 110 years. Here are a couple of links to previous Preston’s sausage reviews.

At the beginning of the evening we donned “ponchos” that were like a gear from CSI. The affable butchers offered their advice and expertise as they lead us through each process.

I was pleased that I managed to identify eight out of the ten types of offal on display. I reversed the lamb and beef liver. We were able to sample lamb tongues. Offal is not really my thing, despite the fact that offal could well be a key ingredient in the snarlers I eat. 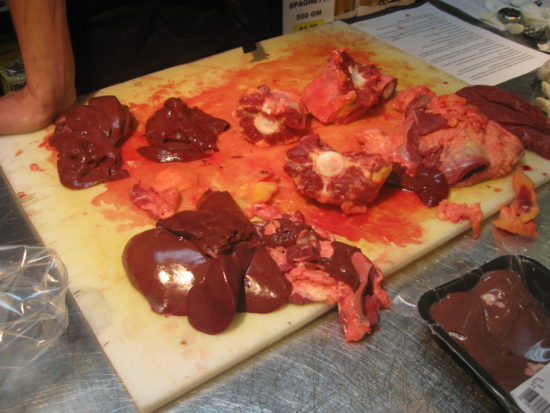 The sausages we made used a premixed sausage made from pork and beef, coriander, basil, salt and pepper. The sausage stuffer was a water powered device, the bladder in the bottom filled the sausage mix which was extruded through the nozzle. I assume the mix used is similar to the silver medal sausage that won the gourmet category of the 2013 Devro NZ Sausage Awards. You can read a review of that sausage here. The stuffer sausage was certainly more efficient than the hand cranked model I use at home. 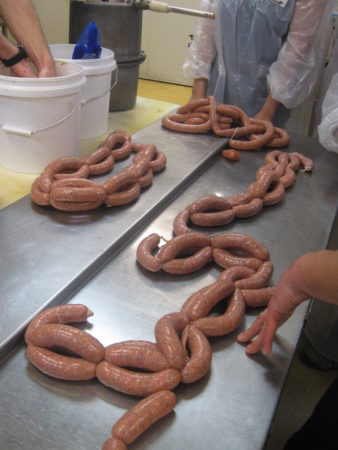 The butchering of a lamb was done expertly by a couple of butchers. This also gave you the opportunity to see how you could purchase a cheaper cut of meat, and how with a few deft manoeuvres using a sharp knife the cut can be turned into a more expensive morsel of meat. 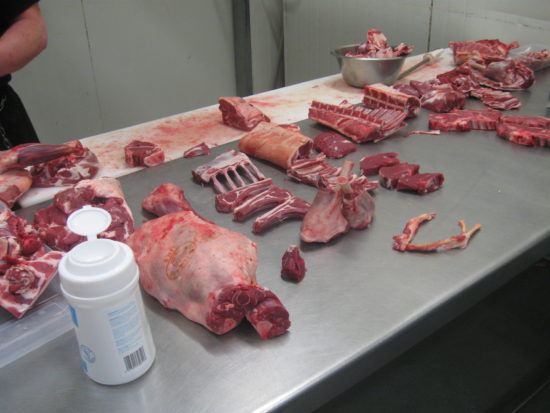 The evening was a time to learn about the art of butchery and about the products. It was an enjoyable time. I have to say thanks to a couple from Auckland who I met at Pig of a Day. I can’t drive at the moment due to my leg, so they gave a ride to event. Thanks for that.

Below is a picture from dinner the following night where I roasted the stuffed lamb loin that we tied the previous night. It was accompanied by roast potatoes and salad – delicious. 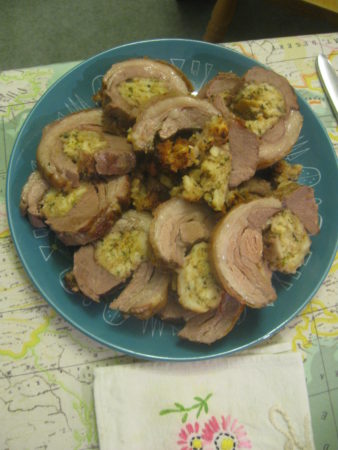 You can see the photos that Preston’s took of the event at this link.

Leave a Reply to Aunt of Sausage Boy Cancel reply