Andouille Sausage – The Sausage Shed
On our trip around Canterbury we came across a farmers’ market at Waipara. At my wife’s suggestion we stopped and wandered around the stalls. We bought some bread, honey and then found a stall selling sausages. Of course I stopped and talked to the guy selling the snarlers. He came across as a man who enjoys making quality sausages and who wasn’t interested in compromising that quality. He had a few samples and these morsels certainly tempted the taste buds. He said they sell their snarlers at four farmers’ markets around Canterbury – Waipara, Lyttleton, Ohoka, and Oxford. The Sausage Shed makes an array of sausages and I purchased three varieties. 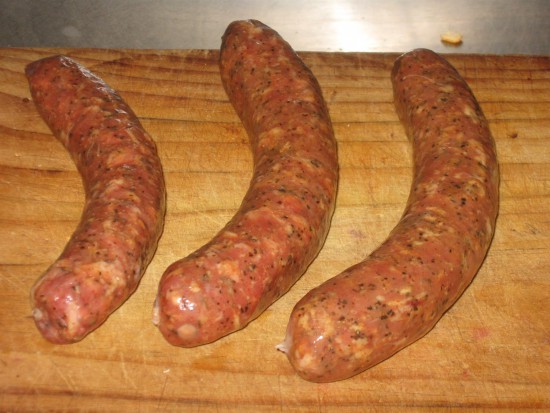 When we got back to Wellington there was older silverbeet and leek in the fridge, which was made into a soup with some chick peas – a “treat” known as pond soup (greeny soup, could be in a pond) in the family. I cooked the Andouille sausage to add to the soup. This is described as smoked Cajun sausage. This sausage is coarsely ground snarler, it has an initial hit of flavour of herbs and spices on the palate and then the Cajun spices kick in. The hotness of the spice is moderate to high intensity. The paprika leaves a strong after taste. These sausages are lightly smoked, and I would prefer a more prominent level of smoke. The heat is the dominant flavour. 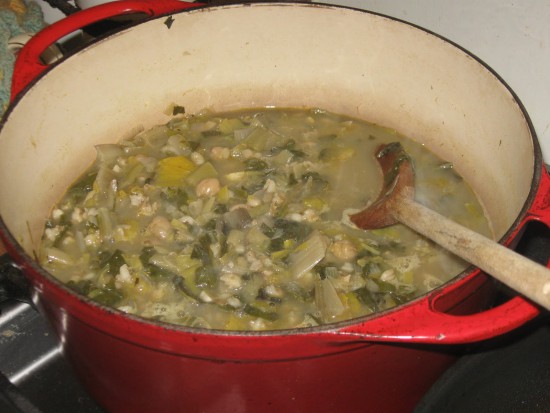 After cooking I cut these sausages into slices to be added to soup. My wife was later in coming from work and despite me mentioning to the boys to leave some for their mother, when she arrived home, no sausage was to be seen. One boy then emptied out a large quantity of Andouille sausage into his mother’s bowl, a case of selective deafness was then pushed by the son. All the whanau enjoyed the sausage in the soup. These two dishes are not necessarily that aligned to each other, but this sausage would be great in a gumbo, or another Cajun inspired dish. However the heat of the sausage against the warm winter wholesomeness of a nice vegetable soup on a cold winter’s evening certainly went down well. 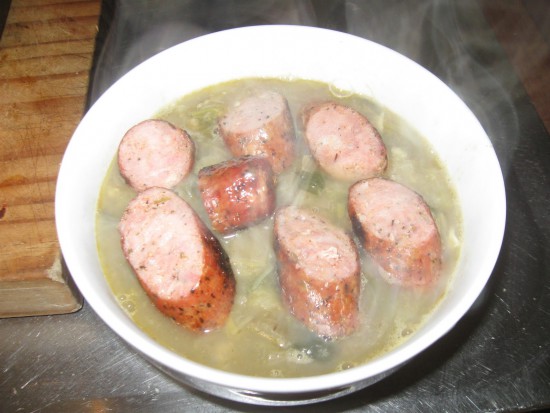 I would definitely buy this sausage again.
If you are at a farmers market in Canterbury and see the Sausage Shed’s stall I recommend you stop, see the array of sausages and select a variety that appeals to your palate. And do have a good chat to the maker – he’s an interesting guy.