Congratulations to Countdown who have produced the 2015 Supreme Award winning sausage. It’s a traditional pork sausage, and in the terms of the competition a traditional pork sausage does not have any substantial additional ingredients to detract from the taste and flavour of the pork.
The Supreme Award was decided by re-tasting the winners of gold medals from the two regional events held a week earlier. This was followed by a barbecue where the announcement was made.
In seven weeks’ time I am participating in the Kepler Challenge, a race over the Kepler Track in Fiordland in the South Island. It’s normally a four day tramp but this is an event of 60km trail running with a few decent hills to make it interesting. As part of my training I headed into the Tararuas for a run yesterday. After ascending over a thousand vertical metres I was on the alpine tops. As I ventured along the track I was surprised to find nestled in the tussock two sausages, and further along the track a sausage was on top of a warratah. Warratahs are positioned along the track to act as markers for when snow present. I have been over this track in mid-winter when the snow was up to waist deep – on that day an ice axe and crampons were needed to cope in the alpine conditions. 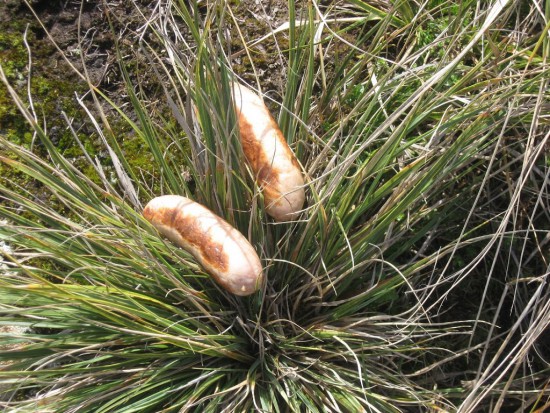 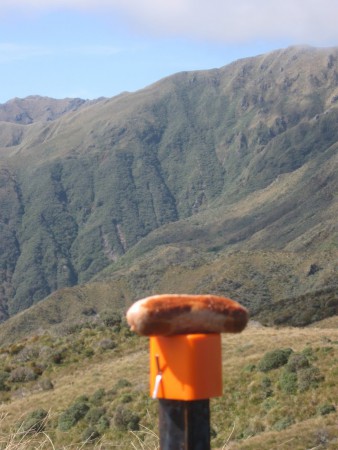 Snarler on a warratah
What a coincidence I thought on finding the sausages….. Of course I tasted them and concluded it must be the Alpine Pork from Countdown. It is a finely ground meaty tasting pork sausage. It was great to eat them after a hard climb up the ridge and onto the tops. Pork sausages are not my preferred sausage – I like something with a bit more flavour. However this is a magnificent example of the pork sausage. It will have a very wide appeal. 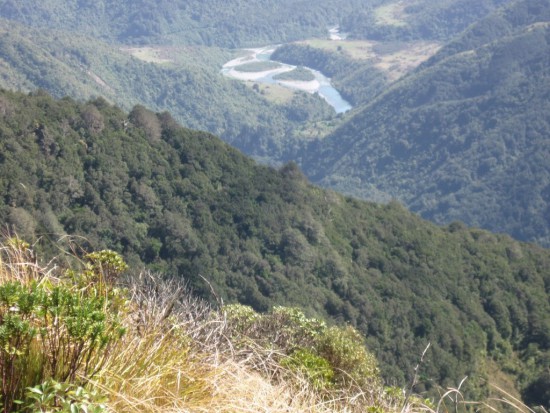 The view to Otaki Forks – the beginning of the run
For a complete list of the winners in the 2015 Devro NZ Sausage Awards, see this link.
Cost per kilo: $9.54